Having to read, hear or watch the trump cabinet move from sending up floaters to just doing or saying whatever they want!  This is… considered by most who lean left to be a lawless potus who has been abusing the power given to the person not only taking an oath but who holds the highest position in the Nation least we talk about what the Constitution warns the US Congress to do when charged with unethical behavior, violates a few Acts spends taxpayer money on trumpInc and this behavior is and has been deemed as trump being… trump.
Yes, it’s trump behavior to be sure but, moreover, it shows how careless reckless this guy thinks a government is run. It wreaks of fear-mongering, infers a dictatorship in the making and that old mainstay that republicans use more than anyone should have to hear comes to mind when I take the time to sit still long enough to hear see and must agree …  Our future is “uncertain” in every shape and form you can now unfortunately imagine.

We don’t know who will be constants in the trump government as 3 years into this administration and you can probably count the number of permanent staff on one hand while realizing that several have been charged convicted and have done jail time but, the floaters keep coming and they keep giving off a bad foul odor knowing the comments this man has made in general let alone the ones about women is something that no person with common sense can ignore deny or pass off as locker room talk or as his wife said … teenage boys talking whispers etc. uh the guy is a grown-up at say 70yrs old and a phrase that will be used quite a lot in the next few yrs; with apprehension fear hopefully with the knowledge that will be 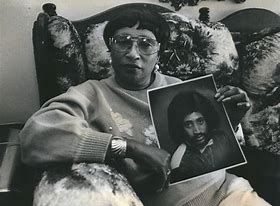 Malice Green (April 29, 1957 – November 5, 1992) was a resident of Detroit, Michigan who died after being assaulted by Detroit police officers Walter Budzyn and Larry Nevers on November 5, 1992. Both officers were later convicted for Green’s death. The official cause of death was ruled to be due to blunt force trauma to his head.