Love Your Heart This February

The heart is one of the body’s most important organs, powering everything we do. 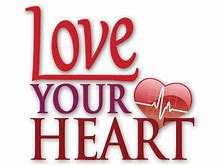 source: image from the internet

1804 – A raid was led by Lt. Stephen Decatur to burn the U.S. Navy frigate Philadelphia. The ship had been taken by pirates.

1857 – The National Deaf Mute College was incorporated in Washington, DC. It was the first school in the world for advanced education of the deaf. The school was later renamed Gallaudet College.

1868 – The Jolly Corks organization, in New York City, changed it name to the Benevolent and Protective Order of Elks (BPOE).

1923 – Howard Carter unsealed the burial chamber of Egyptian Pharaoh Tutankhamen. The next day he entered the chamber with several invited guests. He had originally found the tomb on November 4, 1922.

1932 – The first fruit tree patent was issued to James E. Markham for a peach tree which ripens later than other varieties.

1937 – Wallace H. Carothers received a patent for nylon. Carothers was a research chemist for Du Pont.

1945 – During World War II, U.S. troops landed on the island of Corregidor in the Philippines.

1946 – The first commercially designed helicopter was tested in Connecticut.

1858 – The first ironing board was patented by William Vandenburg and James Harvey.

1959 – Fidel Castro seized power in Cuba after the overthrow of President Fulgencio Batista.

1960 – The U.S.S. Triton began the first circumnavigation of the globe under water. The trip ended on May 10.

1968 – In the U.S., the first 911 emergency telephone system was inaugurated in Haleyville, AL.

1970 – Joe Frazier began his reign as the undefeated heavyweight world champion when he knocked out Jimmy Ellis in five rounds. He lost the title on January 22, 1973, when he lost for the first time in his professional career to George Foreman.

1972 – Wilt Chamberlain (Los Angeles Lakers) reached the 30,000-point mark in his NBA career during a game against the Phoenix Suns.

1977 – The Anglican archbishop of Uganda, Janani Luwum, was killed in automobile accident. Two other men were also killed.

1985 – “Kojak” returned to network television after an absence of seven years with the CBS-TV special, “Kojak: The Belarus File.”

1987 – John Demjanjuk went on trial in Jerusalem. He was accused of being “Ivan the Terrible”, a guard at the Treblinka concentration camp. He was convicted, but the Israeli Supreme Court overturned the ruling.

1989 – Investigators in Lockerbie, Scotland, announced that a bomb hidden inside a radio-cassette player was the reason that Pan Am Flight 103 was brought down the previous December. All 259 people aboard and 11 on the ground were killed.

1999 – A bomb exploded at the government headquarters in Uzbekistan. Gunfire followed the incident. The event apparently was an attempt on the life of President Islam Karimov.

1999 – Testimony began in the Jasper, TX, trial of John William King. He was charged with murder in the gruesome dragging death of James Byrd Jr. King was later convicted and sentenced to death.

2002 – The operator of a crematory in Noble, GA, was arrested after dozens of corpses were found stacked in storage sheds and scattered around in the surrounding woods.