ose of Japanese descent living in the US.

On February 19th 1942 Roosevelt signed Executive Order 9066. Under the terms of the Order, some 120,000 people of Japanese descent living in the US were removed from their homes and placed in internment camps. The US justified their action by claiming that there was a danger of those of Japanese descent spying for the Japanese. However more than two thirds of those interned were American citizens and half of them were children. None had ever shown disloyalty to the nation. In some cases family members were separated and put in different camps. During the entire war only ten people were convicted of spying for Japan and these were all Caucasian.

Life in the camps was hard. Internees had only been allowed to bring with then a few possessions. In many cases they had been given just 48 hours to evacuate their homes. Consequently they were easy prey for fortune hunters who offered them far less than the market prices for the goods they could not take with them.

“It was really cruel and harsh. To pack and evacuate in forty-eight hours was an impossibility. Seeing mothers completely bewildered with children crying from want and peddlers taking advantage and offering prices next to robbery made me feel like murdering those responsible without the slightest compunction in my heart.” Joseph Yoshisuke Kurihara speaking of the Terminal Island evacuation.

They were housed in barracks and had to use communal areas for washing, laundry and eating. It was an emotional time for all. “I remember the soldiers marching us to the Army tank and I looked at their rifles and I was just terrified because I could see this long knife at the end . . . I thought I was imagining it as an adult much later . . . I thought it couldn’t have been bayonets because we were just little kids.”  from “Children of the Camps”

Some internees died from inadequate medical care and the high level of emotional stress they suffered. Those taken to camps in desert areas had to cope with extremes of temperature.

The camps were guarded by military personnel and those who disobeyed the rules, or who were deemed to be troublesome were sent to the Tule Lake facility located in the North California Cascade Mountains. In 1943 those who refused to take the loyalty oath were sent to Tula Lake and the camp was renamed a segregation centre.

In 1943 all internees over the age of seventeen were given a loyalty test. They were asked two questions:

1. Are you willing to serve in the armed forces of the United States on combat duty wherever ordered? (Females were asked if they were willing to volunteer for the Army Nurse Corps or Women’s Army Corps.)

In December 1944 Public Proclamation number 21, which became effective in January 1945, allowed internees to return to their homes. The effects of internment affected all those involved. Some saw the camps as concentration camps and a violation of the writ of Habeas Corpus, others though, saw internment as a necessary result of Pearl Harbor. At the end of the war some remained in the US and rebuilt their lives, others though were unforgiving and returned to Japan. 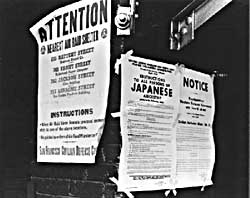 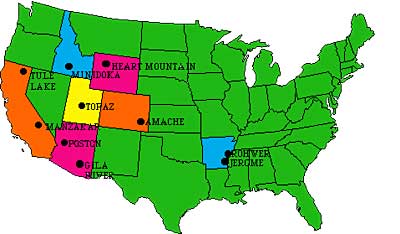 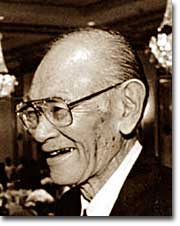 What Do People Do?

Many people in the United States, including in Little Rock, Arkansas, take the time to remember the life and achievements of Daisy Gatson Bates on the third Monday of February. Educational institutions may incorporate classroom activities for students to learn about the importance of civil rights and leaders such as Bates around this time of the year. Local events may also take place to honor of Bates and her achievements on the day.

Daisy Gatson Bates Day is a state holiday in Arkansas, the United States, on the third Monday of February. It coincides with Washington’s Birthday

Daisy Gatson Bates Day coincides with Washington’s Birthday and is a public holiday in Arkansas. Schools, government offices and many businesses are closed on this day.

Daisy Lee Gatson Bates was born in Huttig, Arkansas, in 1913 or 1914. She was a foster child who attended the city’s segregated public schools. She married LC Bates in 1942 and lived in Little Rock. Her husband started a newspaper, known as the Arkansas State Press, which stressed the need to improve conditions for African Americans. This resulted in many businesses withdrawing their advertisements.

She and her husband were actively involved in the National Association for the Advancement of Colored People (NAACP). Bates’ popularity as a civil rights advocate heightened in 1956 during the pre-trial proceedings of the federal court case, Aaron v Cooper, which set the stage for Little Rock Central High School’s desegregation in 1957.

Bates led a protest against the Little Rock schools system’s slow plan for racial integration within schools. She personally guided and advised African American students enroll into Little Rock Central High School on September 25, 1957, with National Guard units and about 1000 paratroopers to help enforce integration. She remained active in the civil rights programs throughout her life. Bates died of a heart attack at the Baptist Medical Center in Little Rock on November 4, 1999.

A state holiday was named in her honor on February 19, 2001. The third Monday in February of every year (the same day as President’s Day, officially known as Washington’s Birthday) will now also be Daisy Gatson Bates day in Arkansas.

Many tributes were made in memory of Daisy Gatson Bates. For example, a street running parallel to Little Rock Central High School was renamed in her honor. Daisy Bates Elementary School in Little Rock is also named after her. Daisy Bates’ memoir, The Long Shadow of Little Rock, won a 1988 National Book Award in the United States.

Birthday – Black nationalist and civil rights activist Malcolm X (1925-1965) was born in Omaha, Nebraska (as Malcolm Little). While in prison he adopted the Islamic religion and after his release in 1952, changed his name to Malcolm X and worked for the Nation of Islam. He later made a pilgrimage to Mecca and became an orthodox Muslim. He was assassinated while addressing a meeting in the Audubon Ballroom in Harlem on February 21, 1965.
Birthday – African American playwright Lorraine Hansberry (1930-1965) was born in Chicago, Illinois. She is best known for A Raisin in the Sun (1959) a play dealing with prejudice and black pride. The play was the first stage production written by a black woman to appear on Broadway. She died of cancer at the age of 34. A book of her writings entitled To Be Young, Gifted, and Black was published posthumously.