1803 – The U.S. Supreme Court ruled itself to be the final interpreter of all constitutional issues.

1835 – “Siwinowe Kesibwi” (The Shawnee Sun) was issued as the first Indian language monthly publication in the U.S.

1857 – The first shipment of perforated postage stamps was received by the U.S. Government.

1863 – Arizona was organized as a territory.

1866 – In Washington, DC, an American flag made entirely of American bunting was displayed for the first time.

1938 – The first nylon bristle toothbrush was made. It was the first time that nylon yarn had been used commercially.

1942 – The U.S. Government stopped shipments of all 12-gauge shotguns for sporting use for the wartime effort.

1945 – During World War II, the Philippine capital of Manilla, was liberated by U.S. soldiers.

1956 – The city of Cleveland invoked a 1931 law that barred people under the age of 18 from dancing in public without an adult guardian.

1983 – The Dow Jones industrial average closed above the 1100 mark for the first time.

1983 – A U.S.congressional commission released a report that condemned the internment of Japanese-Americans during World War II.

1987 – Kareem Abdul-Jabbar, of the Los Angeles Lakers, got his first three-point shot in the NBA.

1987 – An exploding supernova was discovered in the Large Magellanic Cloud galaxy.

1988 – The U.S. Supreme Court overturned a $200,000 award to Rev. Jerry Falwell that had been won against “Hustler” magazine. The ruling expanded legal protections for parody and satire.

1989 – Iran’s Ayatollah Ruhollah Khomeini sentenced Salman Rushdie to death for his novel “The Satanic Verses”. A bounty of one to three-million-dollars was also put on Rushidie’s head.

1989 – A United Airlines 747 jet rips open in flight killing 9 people. The flight was from Honolulu to New Zealand.

1992 – Tracy Gold began working on the set of “Growing Pains” again. She had left the show due to anorexia.

1994 – In Los Angeles, Garrett Morris was shot during a robbery attempt. He eventually recovered from his injury.

1997 – The U.S. The Food and Drug Administration named six brands of birth control as safe and effective “morning-after” pills for preventing pregnancy.

1997 – Dick Enberg received a star on the Hollywood Walk of Fame.

1999 – In southeast China, a domestic airliner crashed killing all 64 passengers.

2007 – The Virginia General Assembly passed a resolution expressing “profound regret” for the state’s role in slavery.

While several groups on both sides of the political aisle have posted how much they believe ending DACA will cost, the trump admin doesn’t seem to care.  As Americans, some of us believe in the lowercase c for capitalism, so the idea that it would cost approx $290 billion to not only end DACA but Deport the Dreamers as well seems like an obvious wtf moment. The logical response would seem to be Nah, we can’t afford to do this, so working this ish out in a reasonable bipartisan way seems much saner… right?

So,  the demand to end DACA  was heard all around the world by the now former AGjeffsessions in what seemed like an exciting presser, at least to him, yet those who understood the gravity of said decision fought back..

Luckily, the courts stepped in, but the struggle, fight and best efforts for a perfect union continues 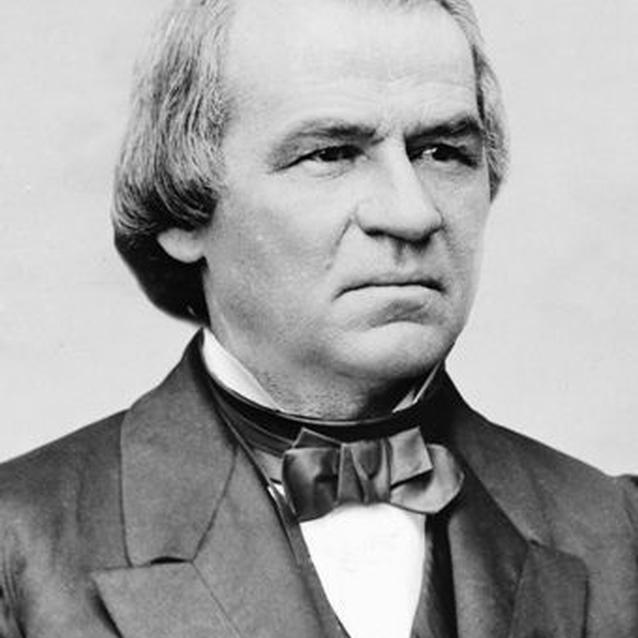 Andrew Johnson was the 17th president of the United States who served from April 15, 1865, to May 5, 1869. He was impeached on February 24, 1868, after violating the Tenure of Office Act. Johnson had fired Edwin M. Stanton, the Secretary of War, which was in violation of the law that requires the president to get Senate approval before dismissing a member of the cabinet.