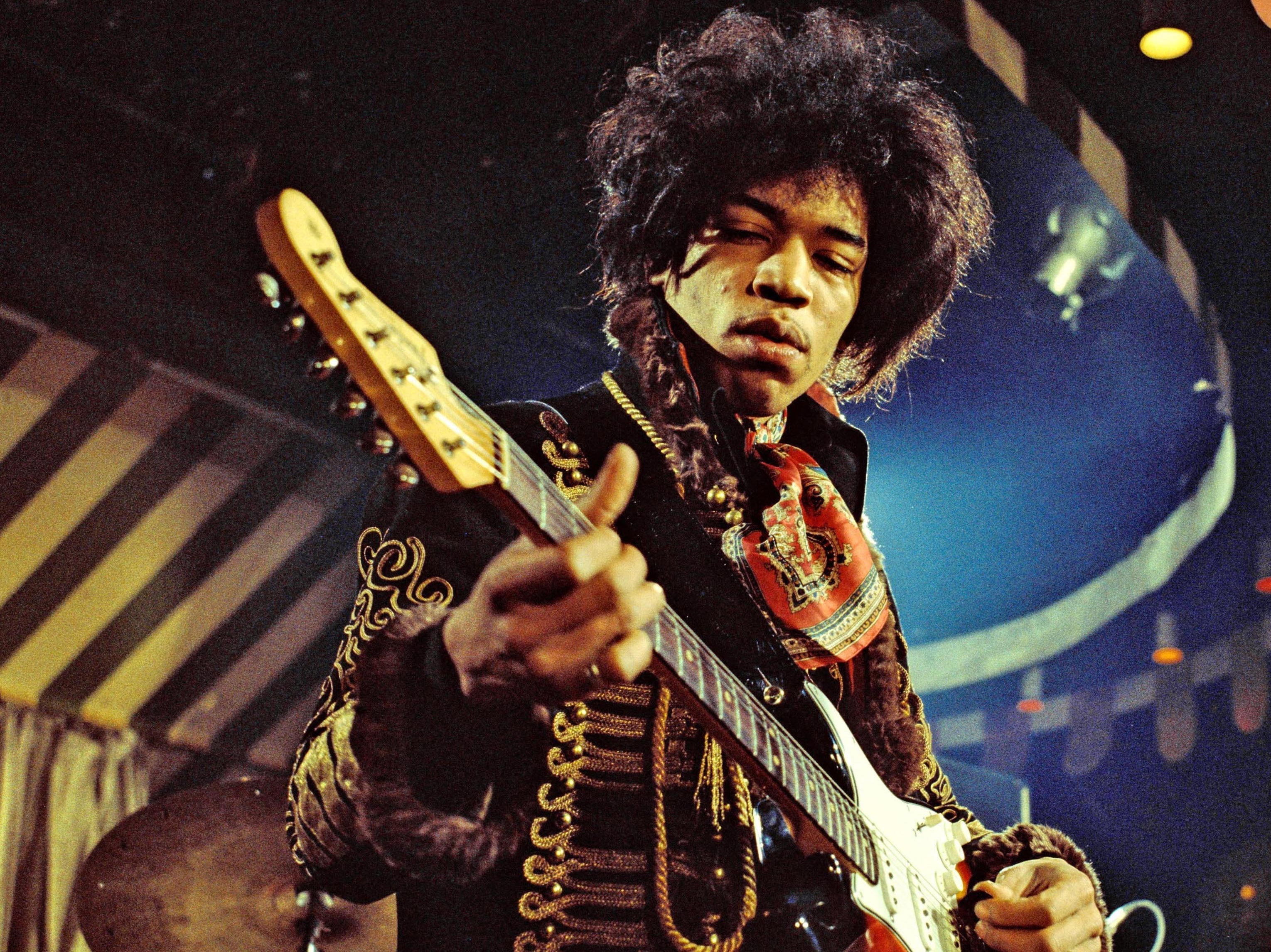 More than 40 years after his mysterious death,

Born on November 27, 1942, in Seattle, Washington, Jimi Hendrix learned to play guitar as a teenager, and grew up to become a rock guitar legend who excited audiences in the 1960s with his innovative electric guitar playing.

One of his most memorable performances was at Woodstock in 1969, where he performed “The Star Spangled Banner.”

Hendrix died in 1970 from drug-related complications, leaving his mark on the world of rock music and remaining popular to this day.

For more information on Jimi, go to www.bio.com

1701 – Anders Celsius was born in Sweden. He was the inventor of the Celsius thermometer.

1839 – The American Statistical Association was founded in Boston.

1889 – Curtis P. Brady was issued the first permit to drive an automobile through Central Park in New York City.

1901 – The Army War College was established in Washington, DC.

1963 – U.S. President Lyndon B. Johnson delivered his first address to a joint session of Congress.

1970 – Pope Paul VI, visiting the Philippines, was attacked at the Manila airport by a Bolivian painter disguised as a priest.

1973 – The U.S. Senate voted to confirm Gerald R. Ford as vice president after the resignation of Spiro T. Agnew.

1980 – Dave Williams (Chicago Bears) became the first player in NFL history to return a kick for touchdown in overtime.

1983 – 183 people were killed when a Colombian Avianca Airlines Boeing 747 crashed near Barajas airport in Madrid.

1985 – The British House of Commons approved the Anglo-Irish accord giving Dublin a consulting role in the governing of British-ruled Northern Ireland.

1989 – 107 people were killed when a bomb destroyed a Colombian jetliner minutes after the plane had taken off from Bogota’s international airport. Police blamed the incident on drug traffickers.

1991 – The UN Security Council unanimously adopted a resolution that led the way for the establishment of a UN peacekeeping operation in Yugoslavia.

1992 – In Venezuela, rebel forces tried but failed to overthrow President Carlos Andres Perez for the second time in ten months.