1489 – Catherine Cornaro, Queen of Cyprus, sold her kingdom to Venice. She was the last of the Lusignan dynasty.

1629 – A Royal charter was granted to the Massachusetts Bay Colony.

1647 – During the Thirty Years War, France, Sweden, Bavaria and Cologne signed a Treaty of Neutrality.

1757 – British Admiral John Byng was executed by a firing squad on board HMS Monarch for neglect of duty.

1794 – Eli Whitney received a patent for his cotton gin.

1864 – Samuel Baker discovered another source of the Nile in East Africa. He named it Lake Albert Nyanza.

1891 – The submarine Monarch laid telephone cable along the bottom of the English Channel to prepare for the first telephone links across the Channel.

1900 – U.S. currency went on the gold standard with the ratification of the Gold Standard Act.

1901 – Utah Governor Heber M. Wells vetoed a bill that would have relaxed restrictions on polygamy.

1903 – The U.S. Senate ratified the Hay-Herran Treaty that guaranteed the U.S. the right to build a canal at Panama. The Columbian Senate rejected the treaty. A deal was signed on November 6, 1903 with the newly independent Panama.

1904 – The U.S. Supreme Court upheld the governments claim that the Northern Securities Company was an illegal merger between the Great Northern and Northern Pacific Railway companies.

1905 – French bankers refused to lend money to Russia until after their war.

1905 – The British House of Commons cited a need to compete with Germany in naval strength.

1906 – The island of Ustica was devastated by an earthquake.

1914 – Henry Ford announced the new continuous motion method to assemble cars. The process decreased the time to make a car from 12½ hours to 93 minutes.

1915 – The British Navy sank the German battleship Dresden off the Chilean coast.

1918 – An all-Russian Congress of Soviets ratified a peace treaty with the Central Powers.

1932 – George Eastman, the founder of the Kodak company, committed suicide.

1945 – In Germany, a 22,000 pound “Grand Slam” bomb was dropped by the Royal Air Force Dumbuster Squad on the Beilefeld railway viaduct. It was the heaviest bomb used during World War II.

1951 – U.N. forces recaptured Seoul for the second time during the Korean War.

1958 – The U.S. government suspended arms shipments to the Batista government of Cuba.

1967 – John F. Kennedy’s body was moved from a temporary grave to a permanent one.

1976 – Egypt formally abrogated the 1971 Treaty Friendship and Cooperation with the Soviet Union.

1979 – The Census Bureau reported that 95% of all Americans were married or would get married.

1979 – Near Peking, China, at least 200 people died when a Trident aircraft crashed into a factory.

1980 – A Polish airliner crashed while making an emergency landing near Warsaw. 87 people were killed. A 14-man U.S. boxing team was aboard the plane.

1981 – Three Pakistani airline hijackers surrendered in Syria after they had exchanged 100 passengers and crewmen for 54 Pakistani prisoners.

1989 – Imported assault guns were banned in the U.S. under President George H.W. Bush.

1991 – The “Birmingham Six,” imprisoned for 16 years for their alleged part in an IRA pub bombing, were set free after a court agreed that the police fabricated evidence.

1996 – U.S. President Bill Clinton committed $100 million for an anti-terrorism pact with Israel to track down and root out Islamic militants.

2002 – A Scottish appeals court upheld the conviction of a Libyan intelligence agent for the 1988 bombing of Pan Am Flight 103. A five-judge court ruled unanimously that Abdel Basset Ali al-Megrahi was guilty of bringing down the plane over Lockerbie, Scotland.

2003 – Robert Blake was released from jail on $1.5 million bail. Blake had been jailed for the murder of his wife Bonny Lee Bakley.

Misinformation is hard to avoid online, but we must hold the news to a higher standard of truth than internet pundits and armchair epidemiologists. The first amendment gives us the right to free speech, but it doesn’t give us the right to call opinion news. There must be consequences for knowingly spreading lies and marketing them as “news.”

Now, Fox News is spreading so much misinformation about Russia’s unjustified, unwarranted invasion of Ukraine that Russian state television broadcasts their clips with Russian subtitles. That’s just the beginning.

An independent study by the Kaiser Family Foundation found that Fox News viewers were three times more likely to believe COVID-19 misinformation than viewers who get their news from anywhere else. In fact, Fox News viewers are likely to be less informed than those who don’t watch any news and show decreased knowledge of science and society.

Fox News’ constant repetition of misinformation makes their views more misinformed and likely to act in ways that are dangerous to themselves and worsen the pandemic.

This isn’t the merits of one news organization versus another. This is about information that affects what happens to people, whether they get sick and eventually die from disease when they don’t have to, how they disregard a global climate disaster, and how they downplay war crimes at the hands of a Russian invasion. We must hold Fox News responsible and strip away their advertising. 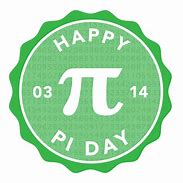 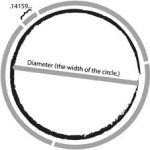