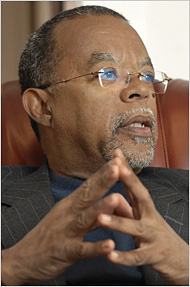 In 2009 it was reported that the amount above was the amount of trash produced by Americans between Thanksgiving and New Year’s Day, according to the Environmental Protection Agency.  That is 25 percent more than we generate in a typical five or six-week period during the rest of the year … Consider what the numbers are today

**Use less envelopes.. more ecards or postcards for the Holidays

**Ecyclewashington.org … Washington State and is free for residents & small businesses. They will take 3 items per day…computers, tv, monitors

Do Something to Help Heal our Environment !

Did you know … reports in 2013 state the following

7.3 Pounds of plastic… Mostly pvc is in artificial trees

20,  Is the number of years … We must reuse artificial trees before it lowers the carbon footprint, equal to a real tree

There are 4000 Recycle centers nationwide … please find out where you can dispose of your Xmas tree this year for compost, woodchips for gardens and or  hiking trails.

600,00 Homes …Could be powered by energy used from Xmas tree lights every year, go to holidayleds.com and find out how to recycle your incandescent lights.

A 20% reduction in meat consumption would have the same impact as switching from a standard sedan to an ultra-efficient fuel car.

5000 gallons of water … Is the amount it would take to produce 1lb of wheat.

20%  of the worlds’ population…  Could be fed with the grain and soybeans used to feed US cattle.

4.5% … Is the number of greenhouse gases produced worldwide by animal farming than by transportation.

1500 miles … Is the average amount it takes to get food on our tables, the road trip takes tons of energy, the gas used to commute pollutes, buy, use and support your local farmer’s markets and community gardens

660 gallons… Is about how much water it takes to grow cotton for one T-shirt.if the shirt is coloured, a lrg amt of dye rinses off into factory wastewater,ends up in rivers and some dyes have carcinogens.

is it me or is Reality Tv slowly on its way out? im thinkin it’s wishful

i admit i have watched my share of  reality tv, and felt no guilt until the ugliness of the Kate+8 came out,won’t even mention the husband’s name,it’s a situation where neither seems grown up enough to take themselves off the air waves, it’s obvious to make ends meet, kate will need to write another book, gotta say listening to her say she has done enough tv to do movies? i was rooting for her til that and her need for a 8diamond ring? wtf Kate … is she really qualified?

another character… the ex-miss or the fallen miss Cali should have known if you make a sex tape, it will get out, how clueless is she, her behavior was offensive  and if this is what conservatism is then we are all in for an America that excludes and discriminates. I don’t feel this is what the majority of Americans want. i also question if  this is really what she feels conservative family values are all about? just asking

Anyone, supposedly 21 and slightly older on the hills,  the city, planet or state are very strange to watch.  As a person of colour, the black hills offended me but then so did these other shows claiming to highlight the fashion industry, the city and businesses in their States were definitely one-sided …the fashion district HAS got to have more ppl of colour to offer the show than just the bootlegger right?

and housewives in any state should wrap their shows up and end them, these shows are clearly harmful to the reality families themselves as several are getting evicted from their homes?, dating each others spouse or exes,  jail time and several divorces have popped up and out, who wants to see this stuff, really tell me.

As we know, overwhelming public support (or opposition) doesn’t guarantee that politicians in Washington will actually listen (e.g. why we still have to fight over giveaways to oil companies and the wealthy). Fortunately, it appears that the Sandy Hook shooting was finally one massacre too many and our elected are stepping up to the challenge of protecting everyone in our society from senseless violence.

ThinkProgress’ Josh Israel highlights ten pro-gun politicians that are now willing to consider sensible new regulations on weapons that have no place on our streets:

The Senate Majority Leader has earned high marks from the National Rifle Association (NRA) and has run as a strong gun-rights advocate. In a floor speech Monday, he said, “In the coming days and weeks, we will engage in a meaningful conversation and thoughtful debate about how to change laws and culture that allow violence to grow.” He added that “every idea should be on the table” in the discussion. Politico reported Monday that he told a colleague he was now open to more gun control, observing that “something has to be done.”

Though he has run for office as a “friend to gun owners” and received an “A” rating from the in his 2008 Senate run, Warner said Monday that he believes, “enough is enough.” Citing urging from his own daughters, he noted “I, like I think most of us, realize that there are ways to get to rational gun control.”

A lifelong NRA member who has received an “A” rating from the anti-gun control group, Manchin announced Monday that the time has come for assault weapon regulations. “We need to sit down and have a common sense discussion and move in a reasonable way,” he said on MSNBC. In a separate interview, he told CNBC that the tragedy in Connecticut, “changed me and it’s changed most Americans, I think.”

Casey has received consistentlyhigh grades from the NRA and campaigned in his 2012 re-election race on his “record of supporting the Second Amendment and the interests of Pennsylvania sportsmen.” In a statement, Casey said, “These senseless acts of violence are unacceptable. Addressing them will require a comprehensive strategy that acknowledges all of the factors that contributed to this tragedy and takes every appropriate step to protect our citizens, especially our kids. Everything should be on the table.”

Johnson has received an “A” rating from the NRA, but said Monday, ” This tragedy will certainly force us as a country to have a discussion about our gun laws, as well as our mental health system. Like always, I will carefully consider any proposed legislation and listen to the voices of South Dakotans.”

Collins has been fairly pro-gun — receiving a “C+” rating from the NRA. On Monday, she said in a statement, “While denying the constitutional rights of law-abiding citizens won’t change the behavior of those intent on using firearms for criminal purposes, I wholeheartedly agree that we must examine what can be done to help prevent gun violence.” She suggested that “we should examine, among other issues, whether states are reporting data on mentally ill individuals found to be a danger to themselves or others to the national background check database designed to prevent gun purchases by such individuals.”

As a U.S. Congressman, Donnelly received an “A” rating and endorsement from the NRA. In a statement Monday, the Senator-elect said, “Now is the time to work together to make sure this never happens again. All parties must come to the table as we determine the appropriate action to address this extremely concerning problem of senseless violence.” He told CNN he was open to gun control measures, noting, “I’m a Dad too. My kids are a little older now, but I think of when they were 6 and 7 years old, and I think we have a responsibility to make sure this never happens again.”

As a U.S. Congressman, Heinrich received an “A” rating and endorsement from the NRA. Monday, he said the tragedy in Connecticut left him “deeply affected” and that he was willing to consider “sensible policy” to address the problem. He vowed to take a “very serious look all legislative proposals aimed at preventing these horrific tragedies,” and noted that as a hunter, “I don’t need a 25-round clip for effective home defense, and I sure don’t need one for hunting. That’s just too much killing power. It defies common sense.”

The NRA has endorsed Dent and praised him for being “a staunch defender of the Second Amendment freedoms of law-abiding gun owners, hunters and sportsmen in Pennsylvania and across America.” After Newtown, he announced he would “push for us to examine all of the possible solutions to this problem,” including ways to keep guns out of the hands of dangerous people.

In his 2012 re-election campaign, Rahall noted on his candidate website that he was “NRA Endorsed, A Rated.” Monday, while noting that the “causes of violence in America are bigger and broader than just firearms,” Rahall said, “I want to hear from all sides before the Congress moves forward, so we can move forward together. Let us act deliberately, but, for the sake of too many already lost, let us act.”

Defeated Rep. Todd “legitimate rape” Akin is going out with a bang.

Florida lawmaker tried to disenfranchise college students in revenge for them having helped elect an openly gay mayor.

Top gun lobbyist: Americans should be “prepared” to take on lawmakers with their guns.

Non-sexist EZ Bake ovens are on the way.

Republicans need a deal on the fiscal cliff — really badly.

Major businesses are distancing themselves from guns.