Climate Change… chief victims of global warming are women, we grow the food, walk miles for water, and gather the firewood.

Fend off Allergies … by eating more leafy greens, having high levels of folic acid may decrease your risk of wheezing and silence some genes, including those of the immune system. author, Elizabeth Matsui MD

Making a glass jar impacts our environment, you have to burn a gas furnace 24hrs at 2000 degrees, this consumes a  huge amount of energy.

According to the WTC wiping  your feet off before home entry can reduce tracking pesticides by 25%, removing shoes can cut the amount of dust by 10 times, clean carpets every 18months instead of every 12months and save $300

Rachel Carson‘s book Silent Spring, an early voice for our environment in 1962..get it

You can reduce your carbon footprint just by switching to vegetarian meals for 1day, save about 860calories &9pounds of carbon,if done for 2weeks, a reduction of carbon by 122pounds and 12,460calories, losing about 3lbs or more.

So, this post is 11 + yrs old so the numbers must be staggering now 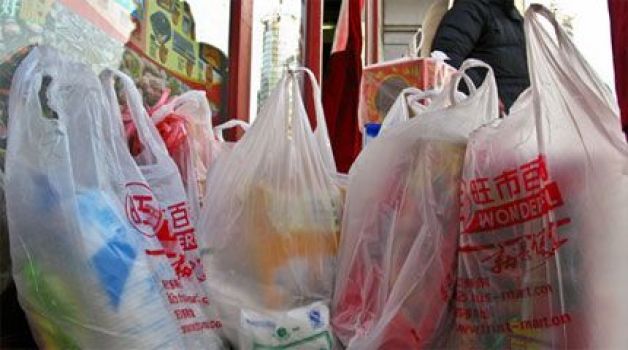 In 2009 it was reported that the amount above was the amount of trash produced by Americans between Thanksgiving and New Year’s Day, according to the Environmental Protection Agency.  That is 25 percent more than we generate in a typical five or six-week period during the rest of the year … Consider what the numbers are today

**Use less envelopes.. more ecards or postcards for the Holidays

**Ecyclewashington.org … Washington State and is free for residents & small businesses. They will take 3 items per day…computers, tv, monitors

Do Something to Help Heal our Environment !

I was looking through my posts for environmental cases that have been resolved or not and found that the Mann V Ford case is probably not the only one but it is still active at least a a couple of years ago. Sometime around 2006, I read about this case and then the trailer came out as well, informing us all about the Environmental Waste Disaster case named  Mann V Ford.  I posted it several times. I am still looking for the author of the article below, but the words are not to be denied or ignored. I also wrote pop tort for an update on the case but have not heard back so I went to wiki and found among other things that the Mann V Ford case is active, though a settlement was determined in 2009 with an amount of $12.5 million.  The so-called experts claimed they could not find a connection a correlation or attach any health issues or the many deaths to Fords environmental waste. Reports are that the claimants  received checks in 2010 and the max given out was about 35K. However, most got less. The truth is beyond offensive,but get this …   the EPA has had 5 attempts to finish the job but residence found and keep finding more paint sludge even while Lisa Jackson was in charge, meanwhile more folks have died. The question environmentalist need to ask  and the EPA needs to answer … did/is Ford doing what they were expected, promised and required to do in order to ensure the residence were all compensated  appropriately, Did they continue to check the land, water and grounds before  they deemed them  safe lest we talk about a constant watch on the health of the next generation …

The information written below is from poptort.com around 2006- 2011

If you’re a PopTort.com fan, you know that there have been a few documentaries already out this year about the civil justice system, except that the business community, with all their money, can’t seem to make ones that anyone wants to watch. I dunno, maybe the problem is their basic theme:

“please feel sorry for us, we can’t make as much money as we want at the expense of everyday people, wah wah wah”.

Last Monday night, an example of this phenomenon aired on the Reelz channel, a film called Injustice that received almost no news coverage except by piggy-backing off publicity for the critically-acclaimed film Hot Coffee, and even so, was covered mostly by a few legal blogs like Above the Law, which lambasted it saying, “I’m not sure if anyone was even able to watch it. And if they had been able to do so, I’m pretty sure they would have changed the channel pretty quickly….” (We were happy to see them pick up our “this isn’t a film, it’s an infomercial” theme! ) Even noted film and media scholar Patricia Aufderheide, professor of Film and Media Arts in the School of Communication at American University and director of the Center for Social Media, noticed, tweeting: Dueling documentaries ; looks like the big-biz folks aren’t as good filmmakers….

On the other side of that coin, once again tonight HBO airs another very powerful documentary film, called Mann v. Ford, by co-directors Maro Chermayeff and Micah Fink, which showcases how vitally important the civil justice system and plaintiff’s lawyers are to help communities seek justice when powerful corporations have harmed them. Here is what HBO says about it:

The Ramapough Mountain Indians have lived in the hills and forests of northern New Jersey, less than 40 miles from midtown Manhattan, for hundreds of years. In the 1960s, their neighbor in nearby Mahwah, the Ford Motor Company, bought their land and began dumping toxic waste in the woods and abandoned iron mines surrounding their homes. Ford has acknowledged the dumping.

In the 1980s, the Ramapough’s homeland was placed on the Environmental Protection Agency’s list of federally monitored Superfund sites – and supposedly cleaned up by Ford. However, thousands of tons of toxic waste were left behind. In 2006, the residents of Upper Ringwood, after suffering for years from a range of mysterious ailments, including deadly cancers, skin rashes and high rates of miscarriage, filed a mass action lawsuit seeking millions of dollars from Ford as compensation for their suffering. Ford denied all responsibility for the illnesses devastating the community and claimed its flawed cleanup had fully complied with all EPA rules.

MANN v. FORD tells the story of a small community’s epic battle against two American giants: the Ford Motor Company and the Environmental Protection Agency, which failed to ensure that Ford cleaned the land of deadly toxins and erroneously declared the community safe and clean of toxic waste. The documentary debuts MONDAY, JULY 18 (9:00-10:45 p.m. ET/PT), exclusively on HBO.

A generation ago, the Ford Motor Company churned out six millions cars and trucks at a sprawling assembly plant in Mahwah. But that remarkable production came at a cost. Before the plant closed in 1980, it also generated an ocean of pollution that was dumped in the forests of North Jersey, contaminating a mountain community in Ringwood and threatening the region’s most important watershed.

In 2005, a team of reporters from The Record spent months conducting an investigation of the failed cleanups that had taken place up to that point, and documenting its impact on the people living amid the waste.

Summary of the Clean Water Act

The Clean Water Act (CWA) establishes the basic structure for regulating discharges of pollutants into the waters of the United States and regulating quality standards for surface waters. The basis of the CWA was enacted in 1948 and was called the Federal Water Pollution Control Act, but the Act was significantly reorganized and expanded in 1972. “Clean Water Act” became the Act’s common name with amendments in 1972.

Under the CWA, EPA has implemented pollution control programs such as setting wastewater standards for industry. We have also set water quality standards for all contaminants in surface waters.

The CWA made it unlawful to discharge any pollutant from a point source into navigable waters, unless a permit was obtained. EPA’s National Pollutant Discharge Elimination System (NPDES) permit program controls discharges. Point sources are discrete conveyances such as pipes or man-made ditches. Individual homes that are connected to a municipal system, use a septic system, or do not have a surface discharge do not need an NPDES permit; however, industrial, municipal, and other facilities must obtain permits if their discharges go directly to surface waters.

History of this Act

The Office of Water (OW) ensures drinking water is safe, and restores and maintains oceans, watersheds, and their aquatic ecosystems to protect human health, support economic and recreational activities, and provide healthy habitat for fish, plants, and wildlife.

Contact Us to ask a question, provide feedback, or report a problem.

a reminder a warning and a repost

Members of the Ramapough tribe, who’ve lived on the land for generations, routinely fell ill from various poisons. Their children suffered nosebleeds any time they played outside.

Cancer rates in the area are elevated, and the Bergen Record found arsenic and lead one hundred times above safe levels in the nearby Wanaque Watershed, which supplies water to millions.

But instead of working to clean up the area, the Environmental Protection Agency is actually considering giving the land back to Ford to use it as a toxic waste dump.

There’s not much time left to protect the park — the EPA is announcing its plan in less than two weeks.

Edison Wetlands Association started a petition on Change.org asking the EPA to keep the park public and make Ford clean up the park for the public’s use. Click here to add your name to Edison Wetlands’ petition to demand the EPA protect Ringwood State Park from Ford’s continued pollution.   http://www.change.org/petitions/save-ringwood-state-park-dont-let-ford-motor-company-use-it-as-a-toxic-landfill

Right now, Ford is secretly lobbying both state and federal officials to gain the right to resume toxic dumping in the park. But a national outcry can outdo them.

Sign Edison Wetlands’ petition to the stop Ford from polluting before the EPA’s deadline in less than two weeks:

– Corinne and the Change.org team