High Five – Because YOU are committed to voting

If you believe in Equality in ALL its forms

Our voices are something that we sometimes take for granted. Could you imagine going about your day where little things such as how you get to work, the food that you eat, or even how you do your hair are decisions that are made for you?

Would you feel angry? Powerless? Disenfranchised?

Our guess — all of the above.

This is why ColorOfChange has launched a powerful national voting campaign #IfTheySpeakForMe focused on the inclusion of Black voices, specifically the voices of Black women. Using hidden cameras, we staged scenarios where people would have to come to terms with how it feels to not have a voice. Click below to see how Black women at a salon respond to a stranger making decisions about their hair.

Isn’t this absurd? How dare some strange man invade your personal space and then determine what is going to happen to you and your body. Our fictional scenario may have been about hair but in the real world, the stakes are much higher. Political leaders are passing legislation about your right to reproductive healthcare, equal pay, the even the freedom to vote. As we prepare for mid-term elections, we cannot allow political leaders who do not have our best interests at heart to make decisions on issues that impact our daily lives. It’s simple — either you speak up or someone will speak for you.

Recently, Black women have emerged as the voting demographic to watch out for, achieving record-breaking turnout in the last few elections. Through the use of social media and powerful video content, #IfTheySpeakForMe gives Black women the opportunity to discuss key election issues and ensure that their voices are heard.

With so much on the line for our communities, voting in this year’s election has become more important than ever. On November 4, let’s get out to vote and speak up for our concerns.

Please, share this video with your family and friends and remember if we don’t speak up, someone else will.

Did you see this? 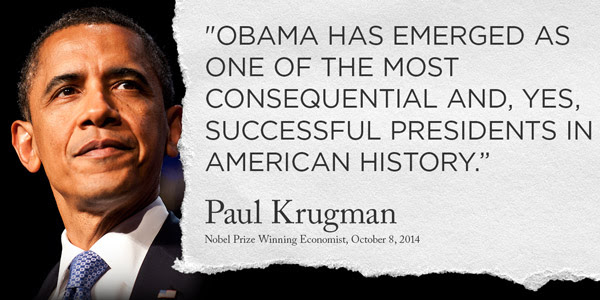 But the last two years of President Obama’s term are in grave danger.

Republicans are threatening to win the largest Congressional majority in generations. 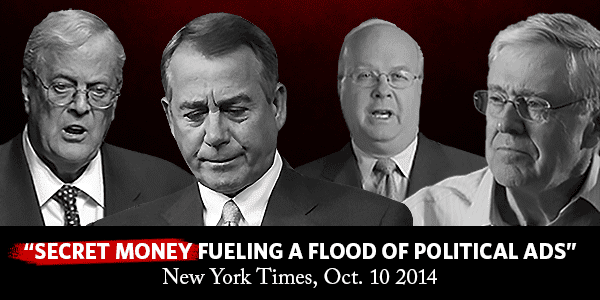 This is Barack Obama’s final national election as President.

If you agree with Krugman… if you believe President Obama is one of the most successful Presidents in American history, then we need you right now.

Leading up to the election, there’s been important attention paid to new voting laws like those in Texas and North Carolina that are erecting more barriers to vote and could disenfranchise hundreds of thousands of eligible, and disproportionately non-white, voters. A new report released today looks at an election issue that generally gets far less attention, but could result in similar problems.

The Center for American Progress report, “Uncounted Votes: The Racially Discriminatory Effects of Provisional Ballots,” is a first-of-its-kind analysis of 2012 election data identifying states where the usage of provisional ballots directly correlated with communities of color and foreign language speaking populations. After looking at all 50 states, the reports identifies 16 states where there is a statistically significant positive relationship between provisional ballots cast and counties with higher minority populations.

What does this mean? It means that it in a good portion of the country during the 2012 election, minority communities were more likely to have to cast provisional ballots. Nearly 25 percent of the more than 2.7 million provisional ballots cast that year were outright rejected, meaning more than 500,000 voters did not have their voices heard. Rejections happen for many reasons, including cumbersome voter registration procedures, restrictive voting laws, poorly maintained voter lists, election office mismanagement, and voter error.

What can be done to improve a system that in some cases appears to have racially discriminatory effects? Because registration issues are such a big part of why provisional ballots are issued in the first place, the biggest thing that states or the federal government can do is to modernize voter registration. That could mean making registration permanent, regardless of where voters move. It could mean doing what a number of states have already done: allow same-day and online registration, which would dramatically reduce the need for provisional ballots because voters would have immediate solutions to most issues. Online registration would also help cut down on administrative errors associated with the paper registration system and make updating records easier.

BOTTOM LINE: Elections need to be free, fair, and accessible for all eligible voters. When there is evidence, like CAP’s new report lays out, that they are not due to potentially discriminatory aspects of voting laws and election administration, then legal experts and policy makers must take action to reform the process and make sure all voices can be heard.