CAP’s Progressive Party 2015 Is All About Big Ideas 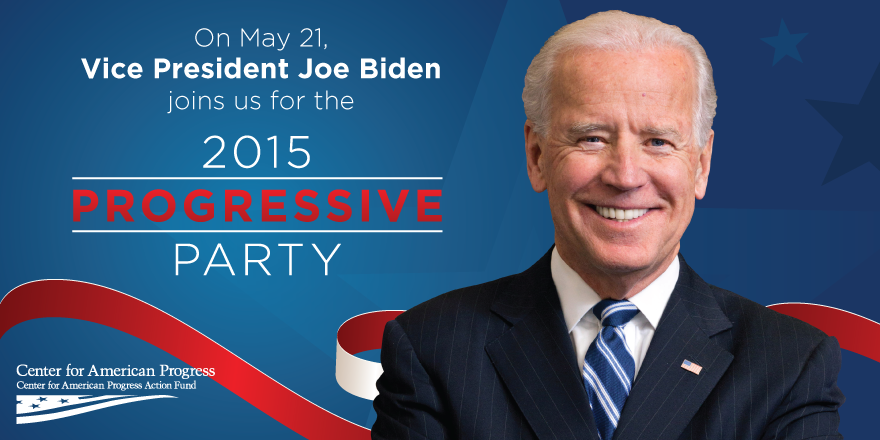 Tonight, the Center for American Progress and Center for American Progress Action Fund will host the 2015 Progressive Party with remarks by Vice President Joe Biden and Sen. Kirsten Gillibrand (D-NY). The Progressive Party is American Progress’ annual gala, where we welcome supporters and allies to celebrate our shared accomplishments and discuss big ideas around our work toward a promising, progressive agenda on behalf of all Americans. Every day, we’re working to make progress, and here are only a small sampling of the Big Ideas we have to make progress, in the days, weeks and years to come: 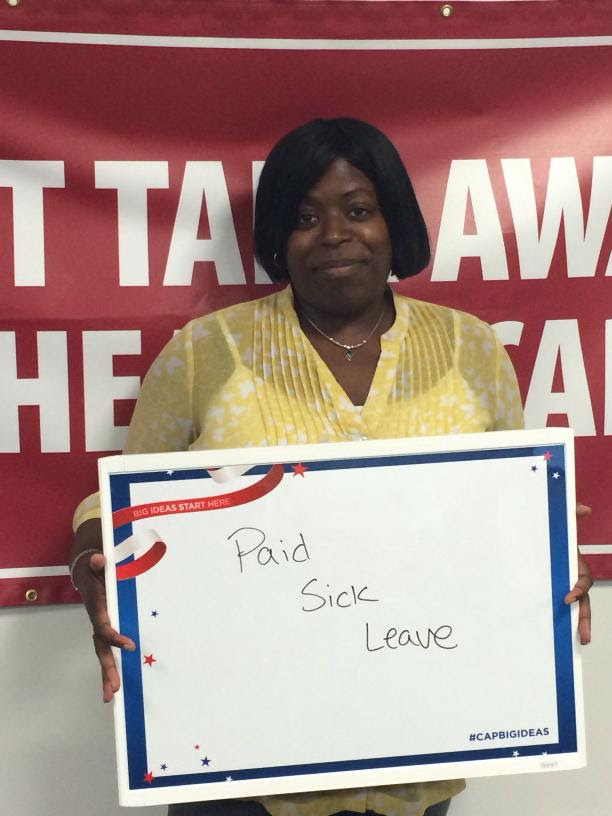 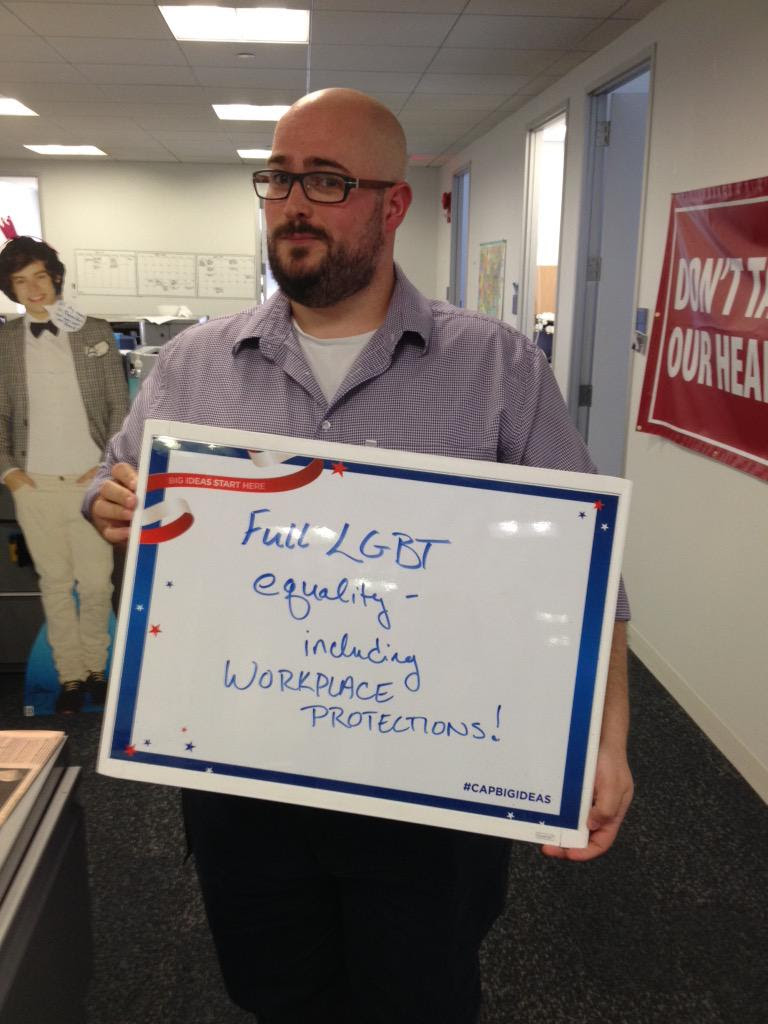 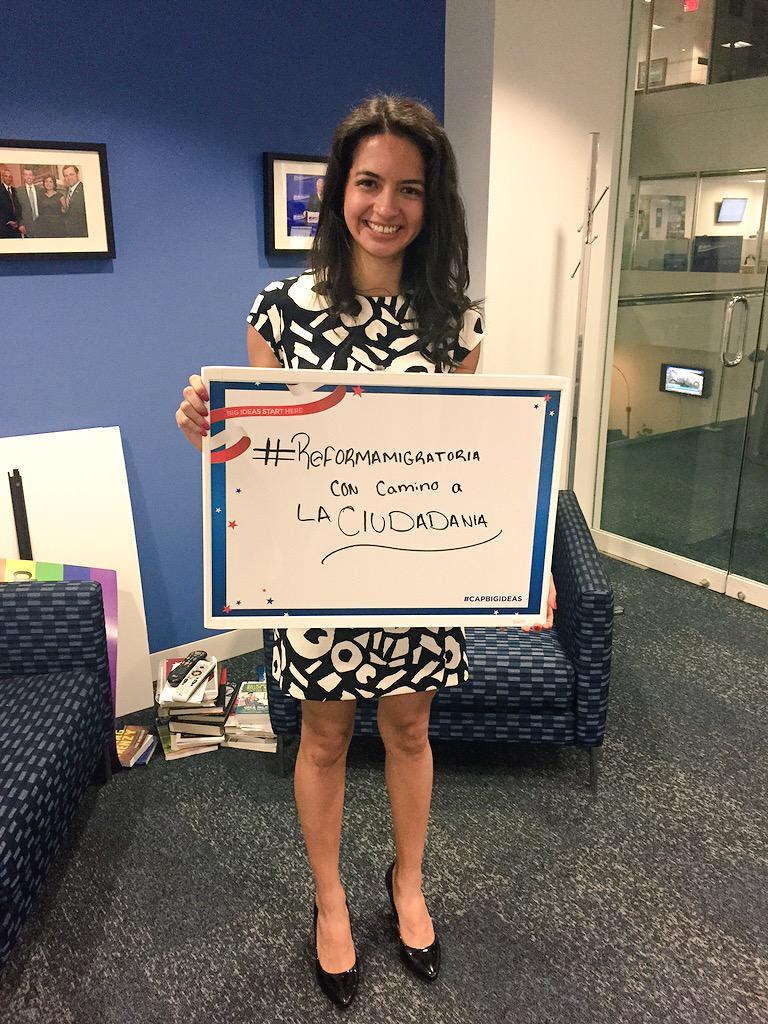 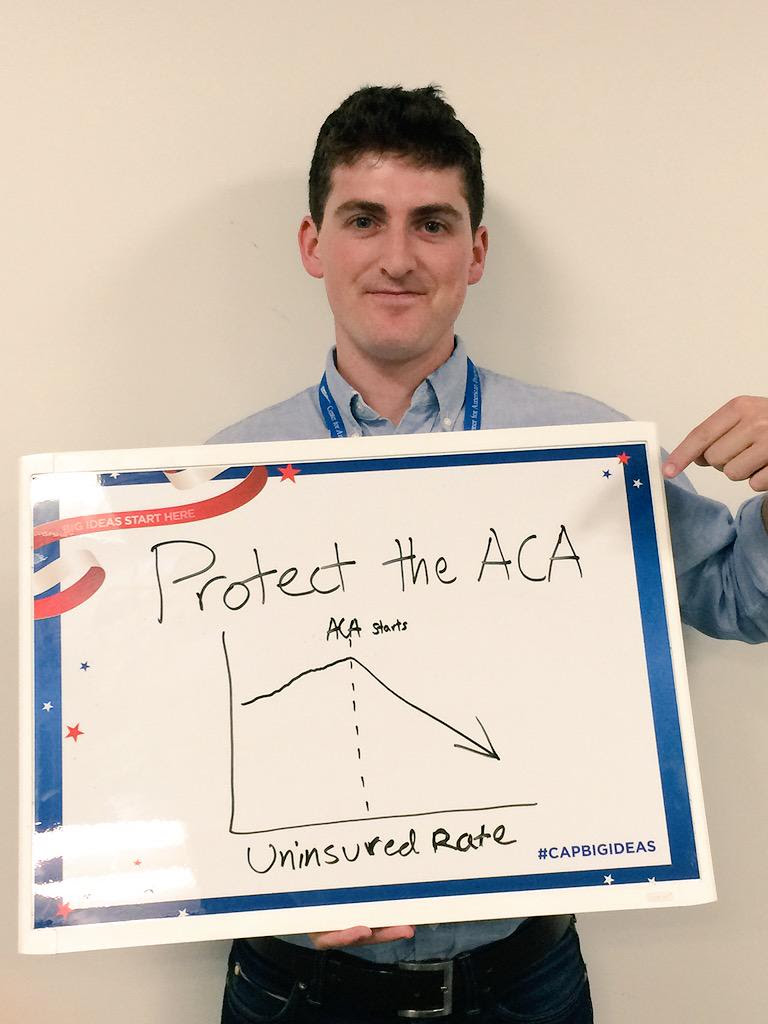 Veterans swore an oath to make the ultimate sacrifice in defense of the lands we love. We shouldn’t have to pay again at the front gate.

Take Action: Tell Congress to pass legislation granting veterans free access to our national parks.I joined the U.S. Army as a Calvary Scout in August of 2001, one month before the attacks on September 11th.

I served a peacekeeping mission in Kosovo and later deployed to Iraq as a Brigade sniper on counter IED and counter mortar missions. I performed over 160 combat missions without the use of an armored vehicle, engaged in countless firefights, and survived dozens of ambushes.

My transition back to civilian life was challenging. I struggled with intrusive thoughts, anxiety, depression, and more. But I found peace in the outdoors — camping, hiking, and exploring natural wonders became a way of life.

That’s why I support legislation granting free lifetime access to our national parks for veterans, and I’m asking you to join me.

Add your name to mine and tell Congress: Support legislation that would provide veterans free access to public parks.

Currently, to enjoy a lifetime pass on these lands, a veteran requires a disability rating from the Department of Veterans Affairs.

There are millions of veterans with a service connected disability, but too often some choose not to file claims or even visit the VA after returning home.

Free access to our nation’s parks and federal recreational lands would definitely give many of them incentive to get outdoors for what would be a very therapeutic experience. A 2013 University of Michigan study backs that claim up. They found a link between outdoor activity and long-term psychological well-being among veterans.

That’s why this idea is so important. Add your name to mine and tell Congress to pass legislation providing veterans free access to public parks.

Veterans swore an oath to make the ultimate sacrifice in defense of the lands we love. We shouldn’t have to pay again at the front gate.

It’s time for Congress to act.

It’s a problem we talk about often. Working and middle class Americans are facing lower wages and an increasing cost of living. But recently, local governments have stepped up to bat for their workers. Yesterday, the Los Angeles city council voted 14-1 in favor of raising the city’s minimum wage to $15 an hour by 2020, up from $9 an hour. The move makes LA the most recent—and largest—city to increase its minimum wage, following similar actions by cities like Seattle, Chicago, and San Francisco.

Conservatives who oppose an increased minimum wage like to argue that a higher minimum wage kills jobs and hurts local economies. But an issue brief from the CAP Action found the opposite to be true. In fact, of the recent, measurable local minimum-wage increases, 64 percent actually saw their unemployment rates fall after raising the minimum wage, according to CAP’s analysis.

Conservatives’ job loss fear mongering hasn’t scared off businesses—many major companies like Facebook, Walmart and others have also taken action to increase their wages. While 2014 did see several states increase the minimum wage, state and federal action on raising the minimum wage has been slow, encouraging more cities and companies to take matters into their own hands. Kansas City could become the next city to give their workers a raise, the council is expected to make a decision tomorrow.

While local efforts to raise the wage are important and effective, we still need action to be taken on the federal level to ensure that all Americans earn a fair wage. In April, Sen. Patty Murray and Rep. Bobby Scott introduced the Raise the Wage Act, which would increase the federal minimum wage from $7.25 an hour to $12, phase out the sub-minimum tipped wage, and tie future wage increases to median wages. A federal minimum wage of $12 an hour would give 35 million workers a raise. More than a third of all African American workers and more than a third of all Hispanic workers in America would receive a raise, and more than half of all those who would benefit from an increase are women.

Raising the minimum wage is not only good for workers, but it’s also good for the overall economy. When low-wage workers have more money in their pockets they are more likely than their higher earning peers to spend it in their local economies, stimulating economic growth.

BOTTOM LINE: Americans who work hard and play by the rules shouldn’t have to live in poverty. The growing momentum around the movement to raise the wage and the action by cities like Los Angeles highlights the fact that American workers are long overdue for a raise.

Nausea, vomiting, nosebleeds, headaches, and chest pain: these are just some of the identical symptoms reported by people working around BP’s oil in the Gulf Coast.1

More than 100 people in the Gulf have fallen ill from BP’s oil, and that doesn’t include untold numbers of workers hiding their symptoms for fear of being fired by BP.2

Yet despite clear evidence of illness from exposure to oil and dispersants, BP refuses to provide respirators to people cleaning up its disaster. Why? Because BP is afraid of the PR impact from images of people wearing this critical safety equipment in pictures and on TV.3 BP even threatened to fire workers who choose to wear their own.4

This is ridiculous. No amount of good PR images for BP is worth the health and lives of people battling BP’s oil in the Gulf Coast.

Sign our petition for BP to pay for proper safety equipment and respirators for cleanup workers. Click here to add your name:

We’ll make sure that your petition also goes to key government decision makers on the oil disaster and worker safety so they can take steps to protect cleanup workers in the Gulf.

BP’s oil disaster isn’t the first time in recent history that workers responding to a hazardous emergency have had their lungs – and lives – put at risk.

Just like after 9/11, we’re already seeing cleanup workers with serious health problems after exposure to toxic chemicals without adequate protection. If the government properly enforced its safety standards after 9/11, every person at Ground Zero would have worn a respirator that could have protected their health and saved their lives.5

With workers’ rights advocacy group American Rights at Work, we’re launching this petition to key decision makers in the oil disaster for a simple idea: any worker who wants safety equipment like breathing respirators should get it, and BP should pick up the tab. We can’t afford to fail our nation’s workers in yet another disaster.

Join our call to make BP to pay for breathing respirators and other safety equipment for workers in the Gulf. Click here to sign our petition:

Cleanup workers deserve the best protection possible from the nasty effects from BP’s oil. Paying for safety equipment for workers who want it is really the least BP should do for the people cleaning up its disaster.

The government agency responsible for overseeing worker safety – the Occupational Health and Safety Administration (OSHA) – says that their tests showed respirators aren’t yet required for cleanup workers in the Gulf.6

While OSHA is still studying the air quality in the Gulf, it should be no coincidence that dozens of people working around BP’s oil disaster are falling ill with symptoms of chemical exposure to oil. Every worker needs access to the right respirators, training and safety equipment for protection from BP’s toxic stew in the Gulf.

In addition to sending our petition to BP, we’ll also send it to US Oil Disaster leader Thad Allen and government worker safety officials to make your voice heard by people who can make change happen. Click here to add your name to our call for BP to pay for respirators and safety equipment for cleanup workers:

Thanks for all you do to take on BP in its disaster.