a message from #PeteGallego for Congress

Yet another classic example of Congressman Will Hurd talking out of both sides of his mouth.

Today a column by Rep. Hurd appeared in a D.C. media outlet on the beauty of the Big Bend Region — which is great — we 100% agree.

What we disagree on is Rep. Hurd’s proposed legislation that would devastate Big Bend National Park.

Our local paper in Alpine had this to say about Rep. Hurd’s bill:

“The result is that the Department of Homeland Security can come into Big Bend National Park and bulldoze archaeological sites, endangered wildlife zones and destroy view shed and the dark skies for which this park is internationally famous”

So, if Rep. Hurd remains in office, then you should probably go visit the Big Bend area ASAP — before he militarizes it and destroys the natural beauty.

Or you could help us get Pete back in office and rest assured that we’ll have a congressman who will never stop fighting to preserve and protect the area he grew up in. 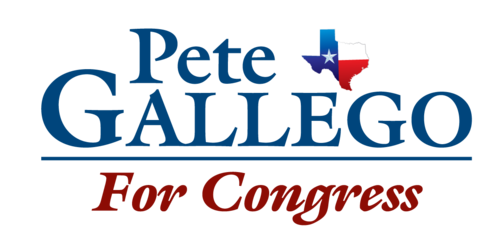 Workers, taxpayers, and business owners alike scored a big win today. This morning, the Obama administration released draft regulations for its ‘Fair Pay and Safe Workplaces’ executive order, which will help ensure that federal contractors comply with workplace laws. More than one in five Americans is employed by a company with a federal contract, and with robust implementation, the order promises to help ensure that federally contracted companies comply with workplace laws before they are able to receive new federal contracts.

Karla Walter, associate director of the American Worker Project at CAP Action, explains why the rule is good for workers, taxpayers, and business who are already playing by the rules: “The draft regulations put forth by the administration today represent an important step towards ensuring that workers employed by federal contractors are paid fairly and have safe workplaces while making sure that law-abiding businesses can compete on an even playing field. Since research has shown that companies with long records of violations frequently deliver poor-quality services to the government, the executive action will also mean that taxpayer dollars are going to businesses that will produce the best value for the government.” Here’s what you need to know about the rule:

The executive order will help fix the broken contractor responsibility review system. The federal government is required by law to only contract with responsible companies that have a satisfactory record of performance, integrity, and business ethics. The new regulations will create a fair and consistent process to review responsibility. Most law-abiding companies that already treat their workers fairly will simply check a box to certify compliance, and companies with records of workplace violations will be provided with a path to come into compliance.

The rule will help ensure taxpayers receive a good value. The new rule will encourage law-abiding companies to apply for government contracts by ensuring they are no longer put at a competitive disadvantage in comparison to bad actors who cut costs by paying unfair wages and cutting corners on workplace safety. An analysis by CAP Action found that of the companies that committed the worst workplaces violations and later received federal contracts, one in four had significant performance problems.

For a more detailed explanation of the order, be sure to check out this issue brief on the top 5 facts about the ‘Fair Pay and Safe Workplaces’ executive order. There will be a 60-day comment period before the rule becomes official, and the administration should continue to use the rulemaking process to encourage stakeholder input to ensure that the final rule delivers robust protections for workers, taxpayers, and law-abiding businesses.

BOTTOM LINE: The ‘Fair Pay and Safe Workplaces’ executive order is an important step in ensuring that the millions of Americans who work for federally contracted companies are paid fairly and provided with safe work environments. And despite the fact that Congress has been unable to pass important workplace fairness laws like raising the minimum wage or paid maternity leave, this new rule shows that there are steps that we can take to ensure safe and fair workplaces.