by Emerald Horizon
Bring up Rio de Janeiro and you’ll conjure delectable images in my mind. Images like … Beaches. Mouthfuls of picanha bursting with juicy flavor. Grown and sexy natives are pressing their bodies against each other to samba music in dusky bars. Brazilian women flaunting their beautiful Brazilian bundas in skin-baring bikinis as they walk along the beach, hips swaying in the sunlight – not to mention their bronze skin and sun-kissed waist-length tresses. (Excuse me while I whip out my credit card to order 22 inches of Brazilian Remy hair. Now I want to look Brazilian for a few weeks.)

These appetizing images aren’t all that come to mind. I haven’t forgotten about soccer. Brazil and soccer are synonymous with one another and Brazil is hosting its first World Cup in 64 years.

Rio is also home to the 2016 Olympic Games – the first country in South America to claim the privilege. But these facts are troubling, particularly because despite these honors, Rio is socially, environmentally and financially stewing in a sewage and pollution crisis that’s as disgusting as it is disturbing. This is affecting peoples’ lives and threatening the country’s tourism industry. If these issues aren’t checked by August 5, 2016, then the 2016 Olympics are in jeopardy.

“When Brazil was selected as the host of the World Cup five years ago, we celebrated. We celebrated because we didn’t know that it was going to cost so much,” said Mateos da Costa, a 53-year-old taxi driver told CNN. “Our leaders should have known that Brazil was not in a condition to organize the event.”

To say Brazil was not in a condition is an understatement. Brazil’s competence for hosting global events has been under scrutiny several times, but after beating out Tokyo, Madrid and Chicago to host the games, the country promised to get their act together and clean up their public sewage issues in time for the games. Now, these same unsavory sewage conditions are the reason Brazil will not make good on its commitment to clean up in time for neither the World Cup nor the 2016 Olympic Games.

Rio residents, or Cariocas, are frustrated with Rio’s behavior. Initially, the World Cup and the Olympics came attached to promises of economic prosperity for not only the government but also the people. Taxpayers have paid over $3.6 billion to develop stadiums across Brazil – and that amount is just a portion of the World Cup’s $11.5 billion price tag.

Despite all the money poured into these sports initiatives, Brazil’s has a laundry list of mostly built stadiums that aren’t ready for World Cup use. And according to discussions, there are so many factors to blame, including corruption, shortsighted planning and “overwhelming bureaucracy,” says to Wall Street Journal writers John Lyons and Loretta Chao. They insist there’s widespread belief prioritization of tourism and entertainment over education and health care keep the country poor.

“It’s an affront, in a country with so many deficiencies in basic needs, to organize a Cup in this way,” Alcyr Leme told the Wall Street Journal. Although Leme has “fond memories of going to see Brazilian legend Pelé play in the 1960s,” he plans to watch this Cup from home. “Buying game tickets would only condone the waste,” he said. 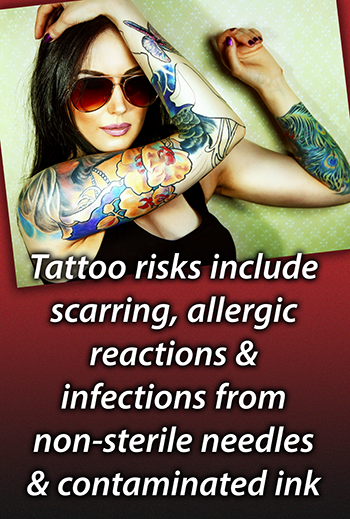 As tattoos have become more popular, the number of people suffering from infections and other bad reactions has also increased. 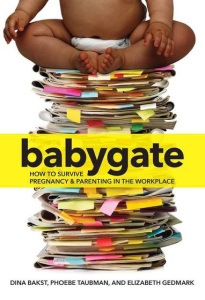 We are gathering to celebrate our 10th Anniversary. In honor of that milestone, we’ve been counting down ten victories for ten years of A Better Balance on our blog.

Over the past ten weeks our blog has featured ABB’s work:

Have you been getting digital product ads for Holiday events that are months away. I have and while I do love and buy products from certain sites, others are annoying offensive and you have to wonder how the FDA gave them the greenlight. Anyway, the ads in both print and digital have been focusing on women’s looks … how awful or our sagging skin or wrinkles … lest we talk about those aging spots oh and don’t stop there why not just lighten brighten and whiten your skin to make yourself look younger. Say what? I have admitted to having had a tough time with my skin when I was in my 20’s. I did not have acne in high school but moving to the city and indulging in food I had no idea existed … probably full of Tran’s fat and the environment forced me into doing time under the lights. I had allergy issues eczema and so on but the dermatologist was fantabulous. I did what I was told which is the most important thing during those years so my skin recovered, but the issues of wrinkles, lines and saggy parts of the face actually seem to be less when you go to sleep at a reasonable and consistent hour and to-be-honest water has and will always be our body’s savior. I have to admit, 2015 has been stressful, the heat, and working odd hours has a tendency to bring out wrinkling sagging in the neck area while the face is fine right now.  I look at those commercials, scream then wonder if I should finally break down buy the anti-aging stuff.  I actually decided to product test anti-aging wrinkle reducers’ in 2013 and did not feel the product I used made a difference.  If you just test my advice for a month in 2013 let me know if you saw a big difference; by going to sleep earlier than usual, drink 2 liters of water, and eat right you will definitely see positive changes. I love coffee tea and prefer water mixed unless it’s seriously hot or cold then I will drink what I call “naked water” … they say try to drink half your body weight though getting advice from your friendly doc or nurse is a better suggestion.   I try to drink 2 liters of liquids a day…. I do drink naked hot water. I stand by my statement in 2013.  I also went back to using coconut oil, moisturizer/creams with high SPF, vitamin C, E and B5 least we talk about adding more fan time