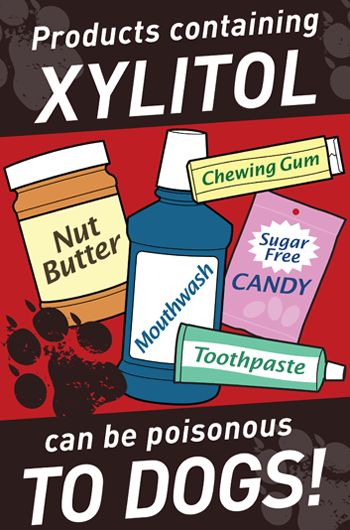 Xylitol and Your Dog: Danger, Paws Off
05/12/2016 10:00 AM EDT
This sugar substitute, found in some human foods and dental products, can be poisonous to your dog.

By Rick Glazier, Executive Director of the NC Justice Center

For the past week politicians across North Carolina have defended House Bill 2, claiming that the real facts behind the law have been misconstrued or misinterpreted by the public.

that passed – not the one Governor McCrory wishes had passed. Eighteen is an important number in my religion – it is the number we use that stands for the “joy of life.”

1. Does HB 2 eliminate any state law claim for wrongful termination of an employee on the basis of the color of a person’s skin?

Yes. The last sentence of section § 143-422.3 does so explicitly. And Representative Bishop was forced to admit that in committee and on the floor of the House. Now only Mississippi and North Carolina provide no state law remedy for any type of employment discrimination.

2. Does HB 2 eliminate any state law claim for discrimination in the workplace on the basis of national origin or ethnicity?

3. Does HB 2 eliminate the existing state law remedy that now protects (but no longer will) a Christian who has been terminated from their job on the basis of religion?

Yes. § 143-422.2 specifically states: “The regulation of discriminatory practices in employment is properly an issue of general, statewide concern, such that this Article and other applicable provisions of the General Statutes supersede and preempt any ordinance, regulation, resolution, or policy adopted or imposed by a unit of local government or other political subdivision of the State that regulates or imposes any requirement upon an employer pertaining to the regulation of discriminatory practices in employment, except such regulations applicable to personnel employed by that body that are not otherwise in conflict with State law.”

It’s an interesting provision because the next provision states, “This article does not create and shall not be construed to create or support a statutory or common-law private right of action, and no person may bring any civil action based upon the public policy expressed above.”

So, essentially, the last sentence renders the first sentence impotent. A right you cannot enforce is not a right – it is a platitude. In this case we effectively recognize the man in uniform, but then fail so much as to give him a passing salute.

4. Does HB 2 eliminate all existing state law remedies for women from being demoted, transferred, or terminated from their job because of their sex?

5. Before HB 2, did North Carolina provide any protections from discrimination in employment on access to public accommodations for LGBT citizens?

No, and that’s a shame. But local governments could and did – the Charlotte ordinance being the most important example.

6. Has HB 2 overturned all existing local ordinances and protections for LGBT citizens in North Carolina and banned any communities from ever enacting any such protections again?

7. Did HB 2 overturn and eliminate all existing local authority to enact minimum wage standards for public-sector contractors in their community?

Yes. Section § 2.1 of the bill expressly states so.

8. Did HB 2 overturn and eliminate all existing local ordinances and any ability to enact family leave policies, child welfare protections, limits on the number of consecutive hours an employee may be required to work without a break or health insurance standards for any contractors in their community?

Yes. And the statute specifically says that.

9. Does HB 2 now require school systems to enact regulations on single-sex, multiple-occupancy bathrooms and changing facilities in direct violation of the Department of Education and the Office of Civil Rights guidance?

Yes – which is precisely why the Republican Governor of South Dakota vetoed similar legislation in his state just weeks ago.

10. Does HB 2 now require, in multiple-occupancy public bathrooms, that transgendered males, who were born female but now exhibit fully male characteristics and who have not or cannot change their birth certificate, use female restrooms?

Yes – and in doing seems to be in clear violation of Title IX of the Education Amendments of 1972.

11. Was there ever any credible evidence to support the theory that the Charlotte ordinance created a security risk to any persons in bathrooms or locker rooms?

No, and not a single credible incident or report exists from the 17 states or over 200 communities that have enacted and implemented the exact same ordinance as Charlotte. And this includes the following liberal bastions of policy in the United States: Oklahoma City, Boise, Dallas, Orlando, Indianapolis, Lexington, El Paso, Myrtle Beach, Kansas City, and Lawrence, Kansas, just to name a few.

On the one hand, Charlotte took over a year to develop their ordinance; had a record of 214 pages handed to their council members, with 28 exhibits attached; sent it to the council weeks before the vote; had multiple hours of public comment and public notice weeks before the public hearing; and made a draft available to everybody who wanted to review the law.

On the other hand, House Bill 2 was developed in secret by a few folks; it was made public the morning of the vote; the committee hearing was announced on the floor of the House to follow 10 minutes later in the House; there was 45 minutes of public comment – and most of the people who signed up could not speak; the bill was sent to the floor immediately after with no public vetting; the Senate proceeded within hours; and it was signed by Governor McCrory that night.

Twelve hours from origination to ratification – a record. If you had no dog in this fight, which process would you say – or more importantly, which process do you think the people would say – is fairer and represents a better way to govern?

13. Was the Charlotte ordinance unconstitutional or exceptional in nature and degree?

No. North Carolina General Statute § 160A-174, as enhanced by § 160A-4, made clear Charlotte’s authority to do exactly what it said, and multiple courts in many other states have long held – and by that I mean for the last 50 years – that passing nondiscrimination ordinances easily falls within the police power of municipalities. That was the legal opinion handed out by the Charlotte lawyers to the Charlotte City Council and municipal officials.

14. Do the LGBT provisions in HB 2 violate the constitution of the United States?

Yes. And we’ll find out very soon from the ACLU lawsuit in the Middle District of North Carolina as that case winds its way through the federal courts.

15. Have similar and indeed less egregious laws been recently vetoed in other states by other governors?

The easiest answer without getting into the weeds is this: a plaintiff can sue in federal court for sex or race discrimination in employment in 50 states. But 48 of the states thought it was also important to create a public policy and a right to sue for violation of that policy in their states as a matter of moral, social, and economic justice and to signal to their citizens the importance of tolerance and diversity, and nondiscrimination on the basis of race, ethnicity, sex, and religion in their states. You would think the importance of that law under North Carolina policy would be obvious to any public official and any citizen of this state in the year 2016.

17. Does the bill allow bullying of transgendered children specifically or LGBT children generally in school?

No, not explicitly. But think of the signals it sends to both the oppressed and the oppressor. Remember that the people who brought you HB2 are the same people who fought the School Violence Protection Act and its anti-bullying provisions several years ago solely because it also protected gay children and they voted against that vote bill unanimously on a party line vote.

18. What is the relationship between the provisions of HB 2 eliminating any state law protections for race and sex discrimination in the workplace in North Carolina and the Charlotte ordinance?