Last week the Trump Administration proposed a Federal budget which would slash the Department of Labor by 21%, including cuts to job training and health & safety efforts. Wednesday is this year’s annual Starbucks shareholder meeting; last year’s meeting brought attention to the issue of unpredictable and unstable work schedules.

If they could turn back time 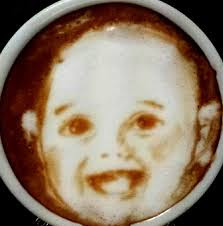 Politics is weird. A recent poll from Fox News of all places finds that the most popular politician in the country is Bernie Sanders, who couldn’t get a major-party Presidential nomination last year. And the most popular organization polled is Planned Parenthood, which could be barred by Congress from receiving Federal reimbursements for providing healthcare to women.

Life comes at you fast (food). Early this year the IHOP twitter account briefly offered some harsh commentary on the Clinton campaign, and this past week the official McDonald’s account tweeted and then pinned an anti-Trump post. Meanwhile, workers at a Canadian Wendy’s voted to form a union.

Two months is still not enough. But it’s better than three days, which is how much time off one new father got with his first child before having to return to work. After changing jobs, he got almost two months with his second child, and it had an enormous impact on his entire family.

What if what you don’t know can hurt you? The US Department of Labor has stopped publicizing fines against companies which violate safety laws. They also stopped enforcing a policy which mandated timely electronic filing of accident data.

Are baristas’ babies worth less? That’s what Ohio barista Kristen Picciolo asks in a guest editorial in the Stranger about Starbucks’ new parental leave policy. The policy provides dramatically less parental leave to baristas than it does to corporate executives.

“We tell them the turban is a crown.” Sikh immigrant workers first arrived in the US more than a hundred years ago, fleeing British colonial Punjab for jobs in the fields of California and in the lumber mills of the Pacific Northwest. Spend some time with this piece in The Establishment digging in to Sikh workers’ experience of xenophobic violence in the US, including a riot in Bellingham in 1905 and a shooting in Kent in 2017. Then go deeper with a visit to the Sikh Foundation and the Sikh American Legal Defense and Education Fund.