1306 – Robert the Bruce was crowned king of Scotland.

1655 – Puritans jailed Governor Stone after a military victory over Catholic forces in the colony of Maryland.

1753 – Voltaire left the court of Frederik II of Prussia.

1776 – The Continental Congress authorized a medal for General George Washington.

1802 – France, Netherlands, Spain and England signed the Peace of Amiens.

1813 – The frigate USS Essex flew the first U.S. flag in battle in the Pacific.

1814 – The Netherlands Bank was established.

1857 – Frederick Laggenheim took the first photo of a solar eclipse.

1879 – Japan invaded the kingdom of Liuqiu (Ryukyu) Islands, formerly a vassal of China.

1898 – The Intercollegiate Trapshooting Association was formed in New York City.

1900 – The U.S. Socialist Party was formed in Indianapolis.

1901 – The Mercedes was introduced by Daimler at the five-day “Week of Nice” in Nice, France.

1901 – It was reported in Washington, DC, that Cubans were beginning to fear annexation.

1905 – Rebel battle flags that were captured during the American Civil War were returned to the South.

1909 – In Russia, revolutionary Popova was arrested on 300 murder charges.

1911 – In New York City, 146 women were killed in fire at the Triangle Shirtwaist Company in New York City. The owners of the company were indicted on manslaughter charges because some of the employees had been behind locked doors in the factory. The owners were later acquitted and in 1914 they were ordered to pay damages to each of the twenty-three families that had sued.

1919 – The Paris Peace Commission adopted a plan to protect nations from the influx of foreign labor.

1931 – Fifty people were killed in riots that broke out in India. Gandhi was one of many people assaulted.

1931 – The Scottsboro Boys were arrested in Alabama.

1936 – The Detroit Red Wings defeated the Montreal Maroons in the longest hockey game to date. The game lasted for 2 hours and 56 minutes.

1940 – The U.S. agreed to give Britain and France access to all American warplanes.

1941 – The first paprika mill was incorporated in Dollon, SC.

1947 – John D. Rockefeller III presented a check for $8.5 million to the United Nations for the purchase of land for the site of the U.N. center.

1953 – The USS Missouri fired on targets at Kojo, North Korea.

1957 – The European Economic Community was established with the signing of the Treaty of Rome.

1960 – A guided missile was launched from a nuclear powered submarine for the first time.

1966 – The U.S. Supreme Court ruled that the “poll tax” was unconstitutional.

1970 – The Concorde made its first supersonic flight.

1975 – King Faisal of Saudi Arabia was shot to death by a nephew. The nephew, with a history of mental illness, was beheaded the following June.

1981 – The Down Jones industrial avarage of selected stocks on the New York Stock Exchanged closed at its highest level in more than eight years.

1982 – Wayne Gretzky became the first player in the NHL to score 200 points in a season.

1985 – It was reported that a U.S. Army Major stationed in East Germany had been shot and killed by a Soviet Border Guard.

1990 – Estonia voted for independence from the Soviet Union.

1993 – President de Klerk admitted that South Africa had built six nuclear bombs, but said that they had since been dismantled.

1995 – Boxer Mike Tyson was released from jail after serving 3 years.

1996 – An 81-day standoff by the antigovernment Freemen began at a ranch near Jordan, MT.

1998 – A cancer patient was the first known to die under Oregon‘s doctor-assisted suicide law.

1998 – The FCC nets $578.6 million at auction for licenses for new wireless technology.

1998 – Quinn Pletcher was found guilty on charges of extortion. He had threatened to kill Bill Gates unless he was paid $5 million.

How can you know for sure what the U.S. Food and Drug Administration regulates? FDA is responsible for protecting the public health by regulating human drugs and biologics, animal drugs, medical devices, tobacco products, food and animal feed, cosmetics, and products that emit radiation.

Here is a guide to how FDA regulates products —and what the agency does (and doesn’t) approve. 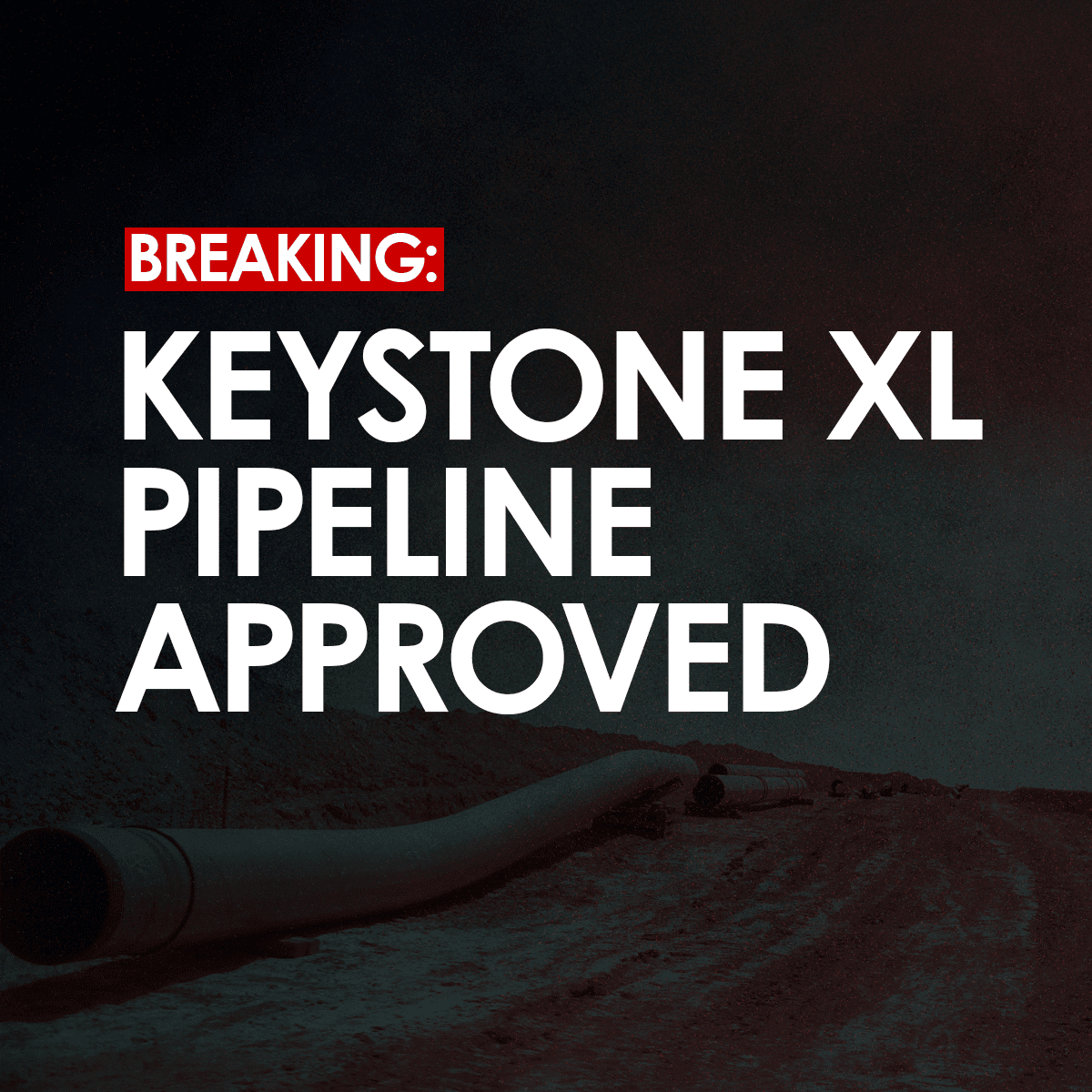 By reversing course on the controversial Keystone XL project, Trump has put the desires of fossil fuel companies before the rights of our communities. This pipeline will pollute our heartland, contaminate our clean air and water, and tread on the on the rights of Indigenous people and private landowners. This pipeline will be an absolute disaster — but you can help stop it.

The pipeline it still faces obstacles and one of the biggest is funding. TransCanada, the energy giant behind Keystone XL, will need major support from their banking partners if they want to complete their gigantic tar sands project. That why we’re asking you to put the US banks on notice: DO NOT fund Keystone XL.

Tell Citi, JP Morgan, Wells Fargo, TD Bank and Bank of America they must NOT provide any financial services to TransCanada that could help construct the Keystone XL pipeline.

The Keystone XL pipeline will carry 800,000 barrels of tar sands oil daily across the US, to be refined, exported and burned, and this pipeline will have devastating effect on our climate and set the stage for increased fossil fuel dependence for years to come. Financial institutions can no longer get away with funding climate chaos.

Banks funding highly controversial pipeline projects like Dakota Access have already drawn the resistance of tens of thousands of people and protests around the world. Any financial institution associated with bankrolling the Keystone Pipeline should expect to meet similar scrutiny, reputational risk, and opposition every step of the way.

The Keystone XL pipeline was stopped the first time round by a powerful alliance of Indigenous communities, ranchers, farmers, and climate activists. Millions of people, like you, friend, made phone calls, sent emails and letters, and spoke up to friends and neighbors, and I know we will come together again to do everything in your power to stop any attempt to restart this project.

Please join me in telling US banks they need to say NO to financially supporting the Keystone Pipeline and protect our communities and our planet. This movement is powerful and we will resist this project — with our allies across the country and across borders — and we will continue to build the future the world wants to see, one without fossil fuels.

P.S. We can’t continue to let the banks ignore their climate and human rights commitments. The time is now to call them out and let them know we mean business. Demand the US banks commit to absolutely no financial services for the Keystone Pipeline.