1733 – John Winthrop was granted the first honorary Doctor of Law Degree given by Harvard College in Cambridge, MA.

1831 – Belgium became independent as Leopold I was proclaimed King of the Belgians.

1861 – The first major battle of the U.S. Civil War began. It was the Battle of Bull Run at Manassas Junction, VA. The Confederates won the battle.

1925 – The “Monkey Trial” ended in Dayton, TN. John T. Scopes was convicted and fined $100 for violating the state prohibition on teaching Darwin’s theory of evolution. The conviction was later overturned on a legal technicality because the judge had set the fine instead of the jury.

1930 – The Veterans Administration of the United States was established.

1931 – The Reno Race Track inaugurated the daily double in the U.S.

1940 – Lithuania, Estonia, and Latvia were annexed by the Soviet Union.

1947 – Loren MacIver’s portrait of Emmett Kelly as Willie the Clown appeared on the cover of “LIFE” magazine.

1959 – A U.S. District Court judge in New York City ruled that “Lady Chatterley’s Lover” was not a dirty book.

1961 – Captain Virgil “Gus” Grissom became the second American to rocket into a sub-orbital pattern around the Earth. He was flying on the Liberty Bell 7.

1968 – Arnold Palmer became the first golfer to make a million dollars in career earnings after he tied for second place at the PGA Championship.

1997 – The U.S.S. Constitution, which defended the United States during the War of 1812, set sail under its own power for the first time in 116 years.

1998 – Chinese gymnast Sang Lan, 17, was paralyzed after a fall while practicing for the women’s vault competition at the Goodwill Games in New York. Spinal surgery 4 days later failed to restore sensation below her upper chest.

2000 – NBC announced that they had found nearly all of Milton Berle’s kinescopes. The filmed recordings of Berle’s early TV shows had been the subject of a $30 million lawsuit filed by Berle the previous May.

2002 – WorldCom Inc. filed for Chapter 11 bankruptcy protection. At the time it was the largest bankruptcy in U.S.history.

2004 – White House officials were briefed on the September 11 commission’s final report. The 575-page report concluded that hijackers exploited “deep institutional failings within our government.” The report was released to the public the next day.

2007 – The seventh and last book of the Harry Potter series, “Harry Potter and the Deathly Hallows,” was released.

2011 – Space Shuttle Atlantis landed at Kennedy Space Center in Florida. It was the last flight of NASA’s space shuttle program. 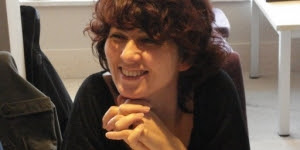 Turkey just arrested Özlem, an Avaaz staffer! She’s just one person caught up in a crackdown on civil society, but to us she’s so much more. If we make Özlem famous with a massive petition and media campaign, she’ll be more trouble than she’s worth for a government in political crisis. Add your name to the urgent petition and let’s set her free: