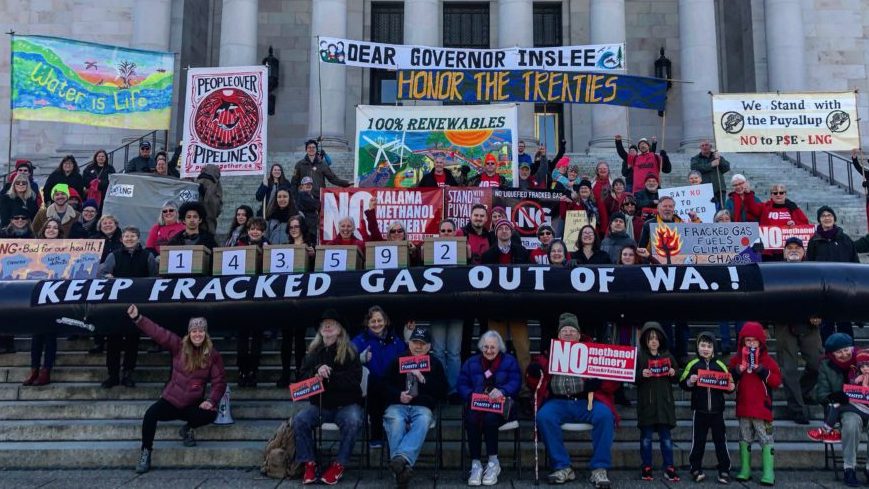 Washington State is being flooded with proposals for new and expanded fracked gas infrastructure that will lock us into decades of climate pollution and undermine our healthy future (there’s nothing “natural” about gas). Even worse, the local agencies that are supposed to protect us have consistently failed to consider the full climate, health, and social justice impacts of these toxic fracked gas projects.

Thankfully, Gov. Inslee has the power to make sure these agencies do take these concerns into account. In the next few days, a group of powerful organizations are submitting a letter to Gov. Inslee. The letter, appreciating his climate leadership, asks him to take the next step and him to protect us from these projects. If thousands of us join in, Gov. Inslee will have no choice but to make sure our concerns are addressed.

Here in Washington, the Kalama methanol refinery is poised to be our state’s largest source of climate pollution by 2025. It comes with staggering health, safety, and environmental risks, and an equally staggering rate of fracked gas consumption — roughly one-third of the state’s total gas use. Similarly, the Tacoma Liquified Natural Gas (LNG) facility, currently being built without all its permits on Medicine Creek Treaty Territory land without the Puyallup Tribe’s consent, presents serious climate and public safety concerns which haven’t been fully addressed by local review agencies.