by The Editors of Encyclopaedia Britannica 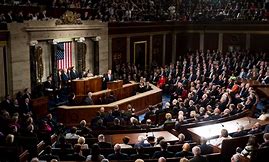 War Powers Act, law passed by the U.S. Congress on November 7, 1973, over the veto of Pres. Richard Nixon. The joint measure was called the War Powers Resolution, though the title of the Senate-approved bill, War Powers Act, became widely used.

The act sought to restrain the president’s ability to commit U.S. forces overseas by requiring the executive branch to consult with and report to Congress before involving U.S. forces in foreign hostilities. Widely considered a measure for preventing “future Vietnams,” it was nonetheless generally resisted or ignored by subsequent presidents, many of whom regarded it as an unconstitutional usurpation of their executive authority. Since the passage of this joint resolution, presidents have tended to take actions that have been “consistent with” rather than “pursuant to” the provisions of the act—in some cases, seeking congressional approval for military action without invoking the law itself. Members of Congress have complained that they have not been given timely notification of or sufficient details regarding some military engagements. Some legislators have gone to court (unsuccessfully) to seek adjudication of what they believe to have been violations of the act. Increasingly, presidents have identified resolutions taken by the United Nations or the North Atlantic Treaty Organization as just

This article was most recently revised and updated by Amy Tikkanen, Corrections Managertification for military intervention.