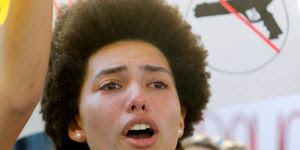 While the entire country rallies to break the NRA’s stranglehold on our laws, Amazon and Apple are giving them an even bigger platform — streaming NRA TV. NRA TV is the media mouthpiece of the powerful gun lobby, blocking the regulation we need to keep our children safe. But now, the tech giants are deciding whether to put our children first and dump the NRA. Let’s make sure they do it. 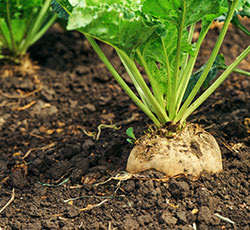 The Organic Agriculture and Research Act now before Congress stands an excellent chance of being incorporated into the Farm Bill. Organic farming fosters healthier soil, safer working conditions for farmers, and healthier food for consumers—and organic food now accounts for more than 5 percent of U.S. food sales. But the USDA only spends about .01 percent of its annual research budget on organic farming, and American farmers are falling behind in the organic industry as a result.

Ask your members of Congress to support funding for organic agriculture research in the Farm Bill.

President Trump’s so-called infrastructure plan is a thinly veiled attack on environmental protections such as the National Environmental Policy Act intended to pave the way for corporations to build pipelines and other destructive projects—many of them on public lands. Trump’s plan even includes a horrifying provision that would give federal deputies the authority to approve pipelines through our national parks.

Tell your representatives in Congress to reject any infrastructure plan that doesn’t create family-sustaining jobs and invest in clean energy.

Will Cape Town, South Africa, become the first major city in modern times to be almost completely without running water? As Day Zero approaches, Adam Welz reports on what it’s like to live there as supplies run short.

Read about how Cape Town is coping with a looming water crisis.

Are We Losing the Night?

Light pollution has increasingly obscured evening skies, blotting out the starry horizon our grandparents once knew. Should we think about the night sky as a natural resource that deserves preservation every bit as much as watersheds or wildlife corridors?

Sierra sent Heather Smith to explore dark-sky parks, where it is still possible to see an unblemished night sky.

In his latest book, Mousy Cats and Sheepish Coyotes, Dr. John Shivik reports on the latest research indicating that, like people, all animals are individuals—and their internal conditions and behavior patterns are major factors determining their outcomes.

Learn how evidence of animal emotion and individuality is freeing wildlife biologists to use the term “personality.”