Visit trumpthreatlevel.indivisible.org for a running list of all the ways Trump makes us less safe and our latest foreign policy resources. 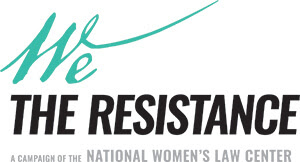 This morning, reproductive justice advocates braved the cold and rain outside the U.S. Supreme Court in order to stand up for truth and reproductive freedom as oral arguments began in NIFLA v. Becerra. In this case, the National Institute of Family and Life Advocates (NIFLA) is trying to defend anti-abortion counseling centers from a California law that makes it harder for them to deceive pregnant people to delay or discourage them from potentially seeking abortions. We’ve weighed in on this case in support of California’s Freedom, Accountability, Comprehensive Care, and Transparency (FACT) Act, because states have every right to protect their residents from fake clinics run by extremists who try to trick people into making high-stakes medical decisions that may not be right for them.

We the Resistance is our fight to protect our rights and freedoms and to defend the most vulnerable among us through powerful collective action. Every conversation you have with a loved one about the issues important to you, every call you make to Congress, every rally you attend is a part of that resistance. Join us — sign on to the We The Resistance manifesto.