Henry Gabriel Cisneros is an American politician and businessman. He served as the mayor of San Antonio, Texas, from 1981 to 1989, the second Latino mayor of a major American city and the city’s first since 1842. A Democrat, Cisneros served as the 10th Secretary of Housing and Urban Development in the administration of President Bill Clinton from 1993 to 1997. As HUD Secretary, Cisneros was credited with initiating the revitalization of many public housing developments and with formulating policies that contributed to achieving the nation’s highest-ever rate of homeownership. In his role as the President’s chief representative to the cities, Cisneros personally worked in more than two hundred cities spread over all fifty states.

Evan Mecham  – was an American businessman and the 17th governor of Arizona, serving from January 5, 1987, until his impeachment conviction on April 4, 1988. A decorated veteran of World War II, Mecham was a successful automotive dealership owner and occasional newspaper publisher. Periodic runs for political office earned him a reputation as a perennial candidate along with the nickname of “The Harold Stassen of Arizona” before he was elected governor, under the Republican banner. As governor, Mecham was plagued by controversy almost immediately after his inauguration and became the first U.S. governor to simultaneously face removal from office through impeachment, a scheduled recall election, and a felony indictment. He was the first Arizona governor to be impeached. 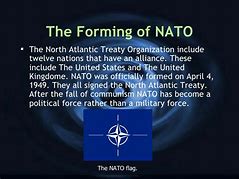 On 4 April 1949, the 12 countries signed the North Atlantic Treaty at the Departmental Auditorium in Washington D.C., the city which lends its name to the Treaty. The Treaty committed each member to share the risk, responsibilities, and benefits of collective defense – a concept at the very heart of the Alliance.

Autumn, 1954 (Vol. 21, No. 3), pages 173-183
Transcribed by Harriette J. Jensen; HTML editing by Name withheld upon request;
digitized with permission of the Kansas State Historical Society;
numbers in brackets refer to endnotes at the bottom of the article.

THE TOWN OF ARGONIA in Sumner county, Kansas, became nationally and internationally known in 1887 when the voters of that little Quaker village, with a population of less than five hundred, elected the first woman mayor in America. Mrs. Susanna Salter, who received this honor, was one of a number of women mayors elected during the years after the Civil War when women were renewing their demands for more political rights. [1]
Mrs. Salter was born Susanna Madora “Dora” Kinsey, near Lamira in Belmont county, Ohio, March 2, 1860. Her parents, Oliver Kinsey and Terissa Ann White, were both of Quaker parentage, their ancestors having come to America from England with William Penn’s colonists on the ship Welcome. The Kinsey family in successive generations moved form Pennsylvania to Ohio to Kansas, settling in 1872 on an 80-acre farm in the Kaw valley near Silver Lake. There Dora attended district schools until 1878, when she entered Kansas State Agricultural College as a sophomore. [2] She left college because of illness only six weeks before time to graduate. While at Manhattan she had met Lewis Allison Salter, son of former Lt. Gov. Melville J. Salter. Salter was graduated in 1879, and Dora was married to him on September 1, 1880, at Silver Lake. [3]
The young couple moved to Argonia in 1882, where Salter managed a hardware store. The following spring Mrs. Salter gave birth to her second child, the first born in Argonia. A year later Mrs. Salter’s parents moved to Argonia and bought the store, which was operated under the firm name of Kinsey & Salter. In the meantime Salter read law with a local attorney and prepared himself for the bar.
The town of Argonia was incorporated in 1885. Mrs. Salter’s father, Oliver Kinsey, was its first mayor and her husband was city clerk. In this capacity Salter wrote the ordinances of the town. Two years later the Kansas legislature enacted a law giving the franchise to women in first, second, and third class cities. Since Argonia was third class city, the women there became eligible to vote.
A Woman’s Christian Temperance Union had been organized in Argonia in 1883, and with the right to vote, its members made enforcement of the state prohibition law a prime issue of the city election. [4] They called a caucus and selected a ticket of men whom they considered to be worthy of the town’s offices, regardless of political labels. In the absence of their president Mrs. Salter presided at this caucus.

A certain group of men in Argonia felt that the field of politics was their exclusive domain and resented the intrusion of women into their affairs. Two of these men had attended the W.C.T.U. caucus and heckled the proceedings. They were “wets,” trying to intimidate the W.C.T.U., but when they attempted to nominate a candidate they were voted down.

A secret caucus was called by this faction. Twenty of them met in the back room of a local restaurant and decided to teach these females a lesson. They drew up a slate of candidates identical with that of the W.C.T.U., except that for the office of mayor they substituted Mrs. Salter’s name. They assumed that the women would vote for the W.C.T.U. slate and that the men would not vote for a woman. They thought if Mrs. Salter got only their 20 votes it would embarrass the W.C.T.U. as a political organization. They also felt that such a move would curb some of the W.C.T.U.’s political activities. Mrs. Salter was chosen to be the butt of the prank because she was the only officer of the W.C.T.U. who was eligible for office, the others living outside the town limits.

This could be done as a surprise because candidates did not have to file before election day. The faction simply had the ballots printed with Mrs. Salter’s name on them; of course without her knowledge or consent. Early voters on the morning of the election were shocked, therefore, to find that she was a candidate. The chairman of the Republican party in Argonia immediately sent a delegation to see her. They found her doing the family washing. They explained the trick and then asked if she would accept the office if elected. [5] When Mrs. Salter agreed, they said, “All right, we will elect you and just show those fellows who framed up this deal a thing or two.”
All day long they explained the situation and campaigned to get out the vote. Mr. Salter, an early voter, was angered when he discovered his on the ballot. He was even more perturbed when he returned home and found that his wife had consented to serve if elected. Mrs. Salter was undeterred. At 4 P.M. she went to the polls with her parents and voted. It was not considered proper to vote for oneself in those days, so Mrs. Salter left the ballot for mayor unmarked.
By forsaking their own caucus nominee, the members of the W.C.T.U. voted for Mrs. Salter in such numbers that she received a two-thirds majority. Instead of the 20 votes intended for her, the faction had given her the election. Instead of humiliating the women, they had elected the first woman mayor in the country. When the results were known, Mrs. Salter’s husband adjusted himself to the situation, and, with a certain amount of pride, made jokes about being the “husband of the mayor.”
ARGONIA 4/6/87
DORA SALTER, Argonia
Madam