Boldly challenging conventional wisdom, acclaimed science writer and Omni magazine cofounder Dick Teresitraces the origins of contemporary science back to their ancient roots in an eye-opening account and landmark work.This innovative history proves once and for all that the roots of modern science were established centuries, and in some instances millennia, before the births of Copernicus, Galileo, and Newton. In this enlightening, entertaining, and important book, Teresi describes many discoveries from all over the non-Western world — Sumeria, Babylon, Egypt, India, China, Africa, Arab nations, the Americas, and the Pacific islands— that equaled and often surpassed Greek and European learning in the fields of mathematics, astronomy, cosmology, physics, geology, chemistry, and technology.The first extensive and authoritative multicultural history of science written for a popular audience, Lost Discoveries fills a critical void in our scientific, cultural, and intellectual history and is destined to become a classic in its field. 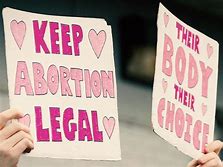