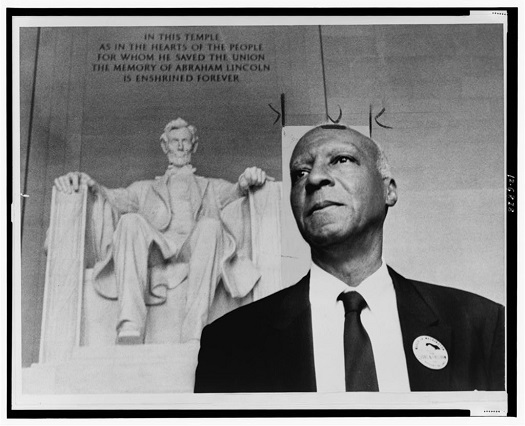 On August 28, 1963, Martin Luther King Jr., delivered a speech to a massive group of civil rights marchers gathered around the Lincoln memorial in Washington DC.  The March on Washington for Jobs and Freedom brought together the nations most prominent civil rights leaders, along with tens  of thousands of marchers, to press the United States government for equality.   The culmination of this event was the influential and most memorable speech of Dr. King’s career.  Popularly known as the “I have a Dream” speech, the words of Martin Luther King, Jr. influenced  the Federal government to take more direct actions to more fully realize racial equality.

Mister Maestro, Inc., and Twentieth Century Fox Records Company recorded the speech and offered the recording for sale.   Dr. King and his attorneys claimed that the speech was copyrighted and the recording violated that copyright. The court found in favor of Dr. King. Among the papers filed in the case and available at the National Archives at New York City is a deposition given by Martin Luther King, Jr. and signed in his own hand.

Ten suffragists were arrested on August 28, 1917, as they picketed the White House. The protesters were there in an effort to pressure President Woodrow Wilson to support the proposed “Anthony Amendment” to the Constitution that would guarantee women the right to vote. Daily picketing began on January 10, 1917. During that year, more than 1,000 women from across the country joined the picket line outside the White House. Between June and November, 218 protesters from 26 states were arrested and charged with “obstructing sidewalk traffic.” Of those arrested, 97 spent time in either the Occoquan Workhouse in Virginia or in the District of Columbia jail. Initially, protesters stood silently, holding placards inscribed with relatively tame messages such as “Mr. President, what will you do for Woman Suffrage?” and “How Long Must Women Wait for Liberty?” President Wilson maintained decorum, greeting the protesters with a tip of the hat as he rode, his wife at his side, through the White House gates.

By late spring, the picketers brandished more provocative placards. They took advantage of the United States’ April 6 entry into the war in Europe to press their case. Bystanders erupted in violence on June 20, when picketers met Russian envoys with signs that proclaimed the United States a democracy in name only.

Having spent time in a British jail for her participation in suffrage protests in England, Paul was no stranger to confrontation or its potential value to a political movement. In “Alice Paul Talks,” she describes her experience during a hunger strike, a tactic she later employed at the Occoquan Workhouse in Virginia:

I resorted to the hunger strike method twice…When the forcible feeding was ordered I was taken from my bed, carried to another room and forced into a chair, bound with sheets and sat upon bodily by a fat murderer, whose duty it was to keep me still. Then the prison doctor, assisted by two woman attendants, placed a rubber tube up my nostrils and pumped liquid food through it into the stomach. Twice a day for a month, from November 1 to December 1, this was done.

Influenced in part by the publicity generated by the White House pickets and subsequent arrests and forced feedings of women protesters, President Wilson lent his support to the suffrage amendment in January 1918. The amendment was approved by Congress shortly thereafter. Women achieved the right to vote with the August 18, 1920, ratification of the Nineteenth Amendment, which is commemorated by Women’s Equality Day.

The Supreme Court decision in Shelby County vs. Holder this summer shook
the very foundation of the Voting Rights Act. The very same Voting
Rights Act that brought tens of thousands of activists to march on
Washington in August, 1963.

On that hot summer day, people from every corner of our country united
for a momentous event, rallying around a shared message of civil
liberty, civil rights, and economic freedom and opportunity for all.

Fifty years later, it’s time for us to march again. The NAACP, along
with the National Action Network, Realizing the Dream, and many other
conveners will host a march in Washington, D.C. to commemorate the 50th
anniversary of the March on Washington.

We remain inspired by the titans of our movement — Wilkins, Parks, King
and more — who marched at a pivotal time in the fight for civil rights.
And if our experience this year has shown us anything, it’s that we are
at another pivotal moment in history.

Discriminatory laws cripple the chances of too many people, of all ages
and backgrounds, who want nothing more than a shot at the American
Dream.

Voter disenfranchisement prevents far too many Americans from having
free and unfettered access to the ballot box, and keeps our most
vulnerable citizens from having proper representation in government.

And far, far too many of our children are gunned down in senseless acts
of violence every day. We march in the name of Trayvon Martin and other
victims of racial profiling and gun violence.

We’ve made incredible progress, but we have a long way to go. We must
carry the torch of freedom and equality forward for the next generation.
So we march again on August 24th. We march for those who have been
trampled by injustice, and for all our heroes who marched 50 years ago.
This grassroots movement belongs to you.
The size, the strength, and the power of our movement depends on you.