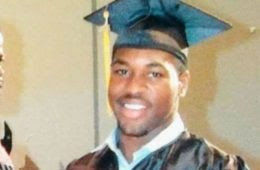 Two weeks ago, police body cams caught three officers shooting 15 bullets into a fleeing car 18-year-old Paul O’Neal was driving. Paul managed to escape the vehicle and then ran for his life. But police were determined to catch the unarmed teen by any means necessary and shot five fatal bullets into his back. As Paul’s family attorney said, police who act as “judge, jury, and executioner” must be indicted and convicted. It’s been 13 days since Paul’s murder and State Attorney Anita Alvarez still hasn’t pressed charges. Now, Paul O’Neal’s family is calling for a special prosecutor.

Will you stand with the family of Paul O’Neal and demand a special prosecutor be assigned to Paul’s case?

“We begin bombing in five minutes” is the last sentence of a controversial, off-the-record joke made by US President Ronald Reagan in 1984, during the “second Cold War”. While preparing for a scheduled radio address from his vacation home in California, President Reagan joked with those present about outlawing and bombing Russia. This joke was not broadcast live, but was recorded and later leaked to the public. The Soviet Union denounced the president’s joke, as did Reagan’s then-opponent in the 1984 United States presidential election, Walter Mondale. Reagan’s impromptu comments have had significant staying power, being referenced, cited, and used as literary inspiration as recently as 2017.