So, I got an email on Monday, saying oh… , and Justin Gammill had more to share about “natural flavorings,” turns out, so do I. I was informed by my fams that ice cream more often than not was homemade and our mom only used pure vanilla extract when vanilla was needed! Whew! So, at least 20years of my life were “Vanilla flavouring,” free, though the fact is anything that has a scent probably includes … Castoreum ~~ from you know where. I also came across a 2011 article from http://vrg.org ,  was posted separately.

My first post is below … continuity for updates of course

I was looking through my email a few days ago and came across an article about ice cream and the heading gave me the impression something seemingly vile was being put in it and had to find out. I love and eat all kinds of ice cream all year round because of its ice creamy goodness.

However, disclaimer … with cancer, things have been adjusted! please eat fruit bars etc.  I was in and felt like a reasonable and rationalization phase, thinking ok, I can find out which ice cream brands actually list all of their ingredients and omit those that have the “natural flavoring”  buying only those who don’t use you know what from you know where! A secretion sac. Then I found out that Castoreum, is used for beauty products and sadly, that was not all.

The article by Justin Gammill was well written I laughed but I cannot lie it pissed me off to find out that my obsession for vanilla was … extracted from my heart. I have been a vanilla lovin fool since my crayon days second to coconut and included in my group of extraordinary smells; I love, obsess over, and have used for years. While I love cinnamon and almond too, vanilla was … yes, was my go-to after Coconut then Shea butter for the skin the others for all things used on our skin eat and drink. I admit the article brought out feelings of sadness as well as sounds of ick, ewwww,  ugh of what must happen to the animal giving up their secretions let alone who how why did someone decide, uh um uh let’s take that beaver sac and see what we can do with its stuff. I am definitely frowning about the slap of ugly reality of “natural flavorings” knowing it had to come from somewhere and that was bad enough, but to research it a little more and read what health.com has to say:

“Where you’ll find it: On both female &male Beavers ~ Castoreum! “While it sounds downright disgusting, the FDA says it’s GRAS, meaning it’s “generally recognized as safe.” You won’t see Castoreum on the food label because it’s generally listed as “natural flavoring.” It’s natural all right—naturally icky.”

Today, Castoreum is used as a tincture in some perfumes[5] as a food additive, perfumes cigarettes, bee keepers use it and there are medicinal uses as well. Apparently, back in the 18th Century, they thought Castoreum induced abortions among other things and helped headaches too … goodness, don’t tell your favourite Republican because they will suggest putting that between your knees too !

All kidding aside, this stuff is worth a lot per sac.

The Helsinki Final Act was an agreement signed by 35 nations that concluded the Conference on Security and Cooperation in Europe, held in Helsinki, Finland. The multifaceted Act addressed a range of prominent global issues and in so doing had a far-reaching effect on the Cold War and U.S.-Soviet relations.. 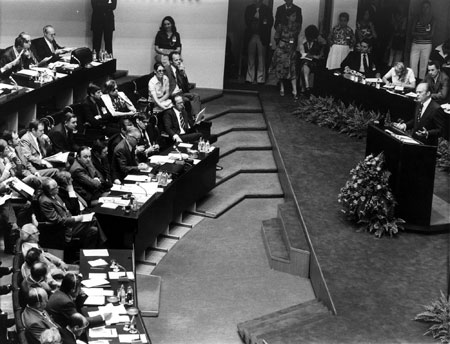 The Helsinki Conference had its origins in early Cold War discussions. The Soviet Union first sought a European conference on security issues in 1954 at the Geneva Conference in the hopes that such a meeting would result in formal recognition of the political boundaries in Eastern Europe that had been established after World War II. At that time, the United States and the other Western nations were reluctant to engage in such a discussion because they feared that it might strengthen the Soviet position and lead to an expansion of communism. As a result, no progress was made through the 1950s and 1960s.

However, the shift towards détente during the early 1970s encouraged Western leaders to reconsider the negotiations. Discussions started with the Helsinki Consultations in 1972 and continued until the opening of the formal Conference on Security and Cooperation in Europe (CSCE) in July of 1973. From the summer of 1973 to the summer of 1975, intensive negotiations continued in Geneva, until the participants finally met again in Helsinki on August 1, 1975 to sign the Helsinki Final Act. Every European country except Albania signed the Act, in addition to the United States and Canada.

The Helsinki Final Act dealt with a variety of issues divided into four “baskets.” The first basket included ten principles covering political and military issues, territorial integrity, the definition of borders, peaceful settlement of disputes and the implementation of confidence building measures between opposing militaries. The second basket focused on economic issues like trade and scientific cooperation. The third basket emphasized human rights, including freedom of emigration and reunification of families divided by international borders, cultural exchanges and freedom of the press. Finally, the fourth basket formalized the details for follow-up meetings and implementation procedures. The CSCE held further meetings in Belgrade in 1977–78, Madrid in 1980–83, and Vienna in 1986–89.

Although initially unpopular in the West, the Helsinki Final Act proved important at the end of the Cold War. Some activists opposed the Western concession on boundaries that resulted in a formal acceptance of the Soviet annexation of Estonia, Latvia and Lithuania, effectively acknowledging Soviet domination of Eastern Europe. In spite of such criticism, the third basket on human rights and freedoms ultimately proved to be important to dissidents in Eastern Europe and the Soviet Union. To follow the progress of the USSR in implementing the human rights stipulations established in the Act, human rights activists set up Helsinki Monitoring Groups in the Soviet Union and across Europe. These groups tracked violations of the Act and drew international attention to human rights violations. Furthermore, the Belgrade follow-up meeting introduced a review process to track violators of the Helsinki Final Act and hold them accountable. Together these measures enabled dissidents to act and speak more openly than would otherwise have been possible.

The Helsinki Process, including the review meetings, led to greater cooperation between Eastern and Western Europe. Representatives from non-aligned countries acted as intermediaries, helping to broker deals between members of the North Atlantic Treaty Organization and the Warsaw Pact. The Vienna Review Meeting introduced recognition of the rights of emigration and religious freedom, which helped to open ties between Eastern and Western Europe. In addition, the Vienna meetings launched a new series of CSCE conferences on the Human Dimension that took place concurrently with, and contributed to, widespread political and social changes in Europe. These shifts helped bring an end to Soviet dominance in Eastern Europe and the end of the Cold War.