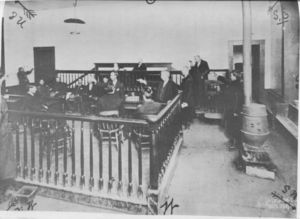 There is not much known about who ordered the Carroll County Courthouse Massacre that occurred March 17, 1886. An article in 2011 by a Mississippi newspaper reported, during the mid-20th century civil rights movement more than one hundred Mississippi African Americans were victims of assault or murder. None of the perpetrators were identified or convicted for the crime. The massacre was a mass attack upon a group of African Americans in the courtroom, or on the courthouse grounds. Ten people were killed and later thirteen more would die from their wounds.

The trouble started in January 1886, two brothers, Ed and Charley Brown, who were half-#black and half-American Indian were delivering molasses to a local saloon in Carrollton, the county seat. The young men bumped into Robert Moore, a white man, and spilled molasses on his clothing. Robert Moore became hostile and an argument quickly erupted. However, at that time the matter seemed to have been resolved, but it did not end there.

Moore told his friend, James Monroe Liddell, who was an attorney about the incident. Liddell decided he would handle the matter with the Browns on behalf of his friend. In February, Liddell confronted the Brown men and accused them of deliberately spilling the molasses on Moore. A verbal confrontation between the three men took place, and Liddell attempted to assault Ed Brown, but bystanders intervened and prevented a physical confrontation. Liddell walked away and proceeded toward a hotel for dinner. Liddell was approached by a friend and told that the Browns were making harsh comments about him. Liddell left his dinner to confront the men again. However, this time gunfire erupted and left Liddell and the Browns hurt.

No one knew who fired on the other first.

The white citizens of Carroll County were shocked that the Browns charged Liddell with attempted murder and insisted on taking him to court. It was legal for a Black person to take another person to court, but it just made the White people angry that a Black person would have the audacity to do such a thing.

The trial was set for March 17, 1886. On that day, the court room was filled with Black and White citizens listening to the evidence. A group of about 50 to 100 White men rode into town on horseback, dismounted at the courthouse, and charged their way through the courtroom. Gunshots rang out through the courtroom; the plaintiffs and the Black citizens were shot. No White person was hit. The group of men left the courthouse and rode out of town.

However, there was no apparent action taken by the county (no coroner’s legal or judicial inquiry), the circuit court (no grand jury indictment), nor by Mississippi Governor Robert Lowry whose comment was, “The riot was provoked and perpetrated by the outrage and conduct of the Negroes.” In the United States Congress, Mississippi Senator James Z. George, who was from Carrollton, took no action.

The case eventually became a cold case. Citizens of Carroll County stopped discussing the event, and many of the citizens who remembered the massacre died out. Many people who lived in the county well into the 20th century did not know the horror of March 17, 1886. There are still many unanswered questions about the attack. Who plotted the attack, and who enlisted the people who stormed the courtroom? Regardless of the answers, it was a senseless massacre that never had to occur. 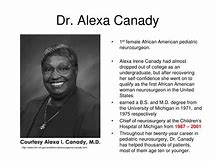 Women’s Army Auxiliary Corps (WAAC)
With war looming, U.S. Rep. Edith Nourse Rogers of Massachusetts introduced a bill for the creation of the Women’s Army Auxiliary Corps in May 1941. Having been a witness to the status of women in World War I, Rogers vowed that if American women served in support of the Army, they would do so with all the rights and benefits afforded to Soldiers.

Spurred on by the attack on Pearl Harbor on Dec. 7, 1941, Congress approved the creation of WAAC on May 14, 1942. President Franklin D. Roosevelt signed the bill into law on May 15, and on May 16, Oveta Culp Hobby was sworn in as the first director. WAAC was established “for the purpose of making available to the national defense the knowledge, skill, and special training of women of the nation.”