The 19th Amendment to the Constitution, guaranteeing women the right to vote, is ratified by Tennessee, giving it the two-thirds majority of state ratification necessary to make it the law of the land. The amendment was the culmination of more than 70 years of struggle by woman suffragists. Its two sections read simply: “The right of citizens of the United States to vote shall not be denied or abridged by the United States or by any State on account of sex” and “Congress shall have power to enforce this article by appropriate legislation.”

America’s woman suffrage movement was founded in the mid 19th century by women who had become politically active through their work in the abolitionist and temperance movements. In July 1848, 200 woman suffragists, organized by Elizabeth Cady Stanton and Lucretia Mott, met in Seneca Falls, New York, to discuss women’s rights. After approving measures asserting the right of women to educational and employment opportunities, they passed a resolution that declared “it is the duty of the women of this country to secure to themselves their sacred right to the elective franchise.” For proclaiming a woman’s right to vote, the Seneca Falls Convention was subjected to public ridicule, and some backers of women’s rights withdrew their support. However, the resolution marked the beginning of the woman suffrage movement in America.

The first national women’s rights convention was held in 1850 and then repeated annually, providing an important focus for the growing woman suffrage movement. In the Reconstruction era, the 15th Amendment to the U.S. Constitution was adopted, granting African American men the right to vote, but Congress declined to expand enfranchisement into the sphere of gender. In 1869, the National Woman Suffrage Association was founded by Susan B. Anthony and Elizabeth Cady Stanton to push for a woman suffrage amendment to the U.S. Constitution. Another organization, the American Woman Suffrage Association, led by Lucy Stone, was formed in the same year to work through the state legislatures. In 1890, these two groups were united as the National American Woman Suffrage Association. That year, Wyoming became the first state to grant women the right to vote.

By the beginning of the 20th century, the role of women in American society was changing drastically: Women were working more, receiving a better education, bearing fewer children, and three more states (Colorado, Utah, and Idaho) had yielded to the demand for female enfranchisement. In 1916, the National Woman’s Party (formed in 1913 at the Congressional Union for Woman Suffrage) decided to adopt a more radical approach to woman suffrage. Instead of questionnaires and lobbying, its members picketed the White House, marched, and staged acts of civil disobedience.

In 1917, America entered World War I, and women aided the war effort in various capacities, which helped to break down most of the remaining opposition to woman suffrage. By 1918, women had acquired equal suffrage with men in 15 states, and both the Democratic and Republican parties openly endorsed female enfranchisement.

In January 1918, the woman suffrage amendment passed the House of Representatives with the necessary two-thirds majority vote.

In June 1919, it was approved by the Senate sent to the states for ratification. Campaigns were waged by suffragists around the country to secure ratification, and on

August 18, 1920, Tennessee became the 36th state to ratify the amendment. On August 26, it was formally adopted into the Constitution by proclamation of Secretary of State Bainbridge Colby

0037 – The Roman Senate annuls Tiberius’ will and proclaims Caligula emperor.

1532 – The English parliament banned payments by English church to Rome.

1673 – Lord Berkley sold his half of New Jersey to the Quakers.

1692 – William Penn was deprived of his governing powers.

1818 – The U.S. Congress approved the first pensions for government service.

1834 – The first railroad tunnel in the U.S. was completed. The work was in Pennsylvania.

1865 – The Congress of the Confederate States of America adjourned for the last time.

1874 – Hawaii signed a treaty giving exclusive trading rights with the islands to the U.S.

1891 – Britain became linked to the continent of Europe by telephone.

1902 – In Turkey, the Sultan granted a German syndicate the first concession to access Baghdad by rail.

1906 – In Morocco, it was reported that France and Germany were in a deadlock at the Algeciras Conference.

1909 – Einar Dessau of Denmark used a short wave transmitter to become the first person to broadcast as a “ham” operator.

1910 – The first opera by a U.S. composer performed at the Met in New York City.

1911 – Theodore Roosevelt opened the Roosevelt Dam in Arizona. It was the largest dam in the U.S. at the time.

1913 – Greek King George I was killed by an assassin. Constantine I succeeded him.

1917 – The Germans sank the U.S. ships, City of Memphis, Vigilante and the Illinois, without any warning.

1919 – The Order of DeMolay was established in Kansas City.

1921 – Poland was enlarged with the second Peace of Riga.

1922 – Mohandas K. Gandhi was sentenced to six years in prison for civil disobedience in India. He served only 2 years of the sentence.

1937 – More than 400 people, mostly children, were killed in a gas explosion at a school in New London, TX.

1938 – Mexico took control of all foreign-owned oil properties on its soil.

1940 – Adolf Hitler and Benito Mussolini held a meeting at the Brenner Pass. The Italian dictator agreed to join in Germany’s war against France and Britain during the meeting.

1942 – The third military draft began in the U.S. because of World War II.

1943 – The Reich called off its offensive in Caucasus.

1944 – The Russians reached the Rumanian border in the Balkans during World War II.

1948 – France, Great Britain, and Benelux signed the Treaty of Brussels.

1950 – Nationalist troops landed on the mainland of China and capture Communist held Sungmen.

1952 – In Philadelphia, PA, the first plastic lenses were fitted for a cataract patient.

1954 – RKO Pictures was sold for $23,489,478. It became the first motion picture studio to be owned by an individual. The person was Howard Hughes.

1962 – French and Algerian rebels agreed to a truce.

1963 – “Tovarich” opened at the Broadway Theater in New York City for 264 performances.

1965 – Cosmonaut Alexei Leonov became the first man to spacewalk when he left the Voskhod II space capsule while in orbit around the Earth. He was outside the spacecraft for about 20 minutes.

1966 – The government of Indonesia was formed by General Suharto.

1968 – The U.S. Congress repealed the requirement for a gold reserve.

1969 – U.S. President Nixon authorizes Operation Menue. It was the ‘secret’ bombing of Cambodia.

1970 – The NFL selected Wilson to be the official football and scoreboard as official time.

1974 – Most of the Arab oil-producing nations ended their five-month embargo against the United States, Europe and Japan.

1975 – Saigon abandoned most of the Central Highlands of Vietnam to Hanoi.

1975 – The Kurds ended their fight against Iraq.

1979 – Iranian authorities detained American feminist Kate Millett. The next day she was deported.

1986 – The U.S. Treasury Department announced that a clear, polyester thread was to be woven into bills in an effort to thwart counterfeiters.

1990 – Thirteen paintings were stolen from the Isabella Stewart Gardner Museum in Boston. The value was $100 million making it the largest art robbery in history.

1990 – In Tampa, FL, a little league player was killed after being hit with a pitch.

1992 – Leona Hemsly was sentenced to 4 years in prison for tax evasion.

1992 – White South Africans voted for constitutional reforms that would give legal equality to blacks.

2003 – China’s new president, Hu Jintao, announced that his country must deepen reforms and raise living standards of workers and farmers. 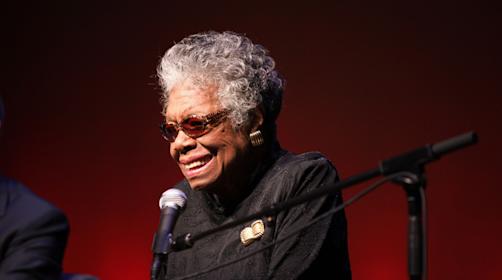