The Civil Rights Act of 1960 is a United States federal law that established federal inspection of local voter registration polls and introduced penalties for anyone who obstructed someone’s attempt to register to vote. It was designed to deal with discriminatory laws and practices in the segregated South, by which blacks and Mexican Texans had been effectively disenfranchised since the late 19th and start of the 20th century. It extended the life of the Civil Rights Commission, previously limited to two years, to oversee registration and voting practices. The act was signed into law by President Dwight D. Eisenhower and served to eliminate certain loopholes left by the Civil Rights Act of 1957. 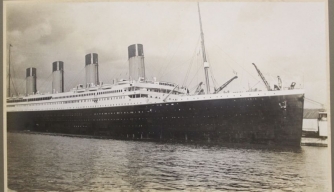 Titanic’s departure from Southampton on April 10 was not without some oddities. A small coal fire was discovered in one of her bunkers–an alarming but not uncommon occurrence on steamships of the day. Stokers hosed down the smoldering coal and shoveled it aside to reach the base of the blaze. After assessing the situation, the captain and chief engineer concluded that it was unlikely it had caused any damage that could affect the hull structure, and the stokers were ordered to continue controlling the fire at sea.

According to a theory put forth by a small number of Titanic experts, the fire became uncontrollable after the ship left Southampton, forcing the crew to attempt a full-speed crossing; moving at such a fast pace, they were unable to avoid the fatal collision with the iceberg.

Another unsettling event took place when Titanic left the Southampton dock. As she got underway, she narrowly escaped a collision with the America Line’s S.S. New York. Superstitious Titanic buffs sometimes point to this as the worst kind of omen for a ship departing on her maiden voyage.

On April 14, after four days of uneventful sailing, Titanic received sporadic reports of ice from other ships, but she was sailing on calm seas under a moonless, clear sky.

At about 11:30 p.m., a lookout saw an iceberg coming out of a slight haze dead ahead, then rang the warning bell and telephoned the bridge. The engines were quickly reversed and the ship was turned sharply—instead of making direct impact, Titanic seemed to graze along the side of the berg, sprinkling ice fragments on the forward deck.

Sensing no collision, the lookouts were relieved. They had no idea that the iceberg had a jagged underwater spur, which slashed a 300-foot gash in the hull below the ship’s waterline.

By the time the captain toured the damaged area with Harland and Wolff’s Thomas Andrews, five compartments were already filling with seawater, and the bow of the doomed ship was alarmingly pitched downward, allowing seawater to pour from one bulkhead into the neighboring compartment.

Andrews did a quick calculation and estimated that Titanic might remain afloat for an hour and a half, perhaps slightly more. At that point the captain, who had already instructed his wireless operator to call for help, ordered the lifeboats to be loaded.

A little more than an hour after contact with the iceberg, a largely disorganized and haphazard evacuation began with the lowering of the first lifeboat. The craft was designed to hold 65 people; it left with only 28 aboard.

Tragically, this was to be the norm: During the confusion and chaos during the precious hours before Titanic plunged into the sea, nearly every lifeboat would be launched woefully under-filled, some with only a handful of passengers.

In compliance with the law of the sea, women and children boarded the boats first; only when there were no women or children nearby were men permitted to board. Yet many of the victims were in fact women and children, the result of disorderly procedures that failed to get them to the boats in the first place.

Exceeding Andrews’ prediction, Titanic stubbornly stayed afloat for close to three hours. Those hours witnessed acts of craven cowardice and extraordinary bravery. Hundreds of human dramas unfolded between the order to load the lifeboats and the ship’s final plunge: Men saw off wives and children, families were separated in the confusion and selfless individuals gave up their spots to remain with loved ones or allow a more vulnerable passenger to escape.

The ship’s most illustrious passengers each responded to the circumstances with conduct that has become an integral part of the Titanic legend. Ismay, the White Star managing director, helped load some of the boats and later stepped onto a collapsible as it was being lowered. Although no women or children were in the vicinity when he abandoned ship, he would never live down the ignominy of surviving the disaster while so many others perished.

Thomas Andrews, Titanic’s chief designer, was last seen in the First Class smoking room, staring blankly at a painting of a ship on the wall. Astor deposited his wife Madeleine into a lifeboat and, remarking that she was pregnant, asked if he could accompany her; refused entry, he managed to kiss her goodbye just before the boat was lowered away. Although offered a seat on account of his age, Isidor Straus refused any special consideration, and his wife Ida would not leave her husband behind. The couple retired to their cabin and perished together.

Benjamin Guggenheim and his valet returned to their rooms and changed into formal evening dress; emerging onto the deck, he famously declared, “We are dressed in our best and are prepared to go down like gentlemen.”

Molly Brown helped load the boats and finally was forced into one of the last to leave. She implored its crewmen to turn back for survivors, but they refused, fearing they would be swamped by desperate people trying to escape the icy seas.

Titanic, nearly perpendicular and with many of her lights still aglow, finally dove beneath the ocean’s surface at about 2:20 a.m. on April 15. Throughout the morning, Cunard’s Carpathia, after receiving Titanic’s distress call at midnight and steaming at full speed while dodging ice floes all night, rounded up all of the lifeboats. They contained only 705 survivors.

AFTERMATH OF THE TITANIC CATASTROPHE

At least five separate boards of inquiry on both sides of the Atlantic conducted comprehensive hearings on Titanic’s sinking, interviewing dozens of witnesses and consulting with many maritime experts. Every conceivable subject was investigated, from the conduct of the officers and crew to the construction of the ship.

While it has always been assumed that the ship sank as a result of the gash that caused the bulkhead compartments to flood, various other theories have emerged over the decades, including that the ship’s steel plates were too brittle for the near-freezing Atlantic waters, that the impact caused rivets to pop and that the expansion joints failed, among others.

Technological aspects of the catastrophe aside, Titanic’s demise has taken on a deeper, almost mythic, meaning in popular culture. Many view the tragedy as a morality play about the dangers of human hubris: Titanic’s creators believed they had built an unsinkable ship that could not be defeated by the laws of nature.

This same overconfidence explains the electrifying impact Titanic’s sinking had on the public when she was lost. There was widespread disbelief that the ship could possibly have sunk, and, due to the era’s slow and unreliable means of communication, misinformation abounded. Newspapers initially reported that the ship had collided with an iceberg but remained afloat and was being towed to port with everyone on board.

It took many hours for accurate accounts to become widely available, and even then people had trouble accepting that this paragon of modern technology could sink on her maiden voyage, taking more than 1,500 souls with her.

The ship historian John Maxtone-Graham has compared Titanic’s story to the Challenger space shuttle disaster of 1986. In that case, the world reeled at the notion that one of the most sophisticated inventions ever created could explode into oblivion along with its crew. Both tragedies triggered a sudden collapse in confidence, revealing that we remain subject to human frailties and error, despite our presumptions of technological infallibility. 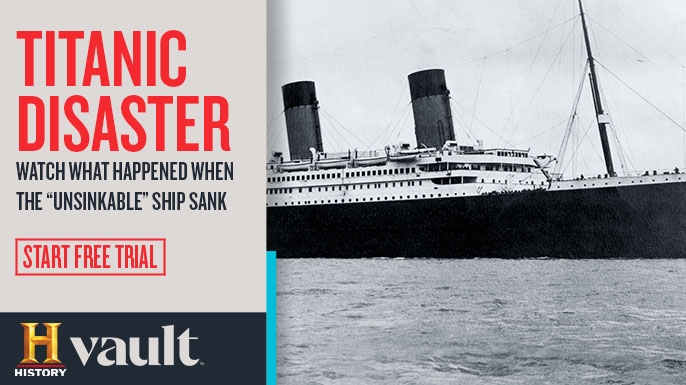 FACT CHECK We strive for accuracy and fairness. But if you see something that doesn’t look right, contact us!
by Taboola
Promoted Links