More than one in four U.S. presidents were involved in human trafficking and slavery. These presidents bought, sold, bred and enslaved black people for profit. Of the twelve presidents who were enslavers, more than half kept people in bondage at the White House. For this reason there is little doubt that the first person of African descent to enter the White House — or the presidential homes used in New York (1788–1790) and Philadelphia (1790–1800) before construction of the White House was complete — was an enslaved person. That person’s name and history are lost to obscurity and the tragic anonymity of slavery, which only underscores the jubilation expressed by tens of millions of African Americans — and perhaps billions of other people around the world — 220 years later on November 4, 2008, when the people of the United States elected Barack Obama to be the nation’s president and commander in chief. His inauguration on January 20, 2009, drew between one and two million people to Washington, D.C., one of the largest gatherings in the history of the city and more than likely the largest presidential inauguration to date. Taking into account the tens of millions around the globe who watched the event live via TV or Internet, it was perhaps the most watched inauguration in world history. It was of great international interest that for the first time in U.S. history, the “first family” in the White House was going to be a black family.

Obama has often stated that he stands on the shoulders of those who came before him. In terms of the White House, this has generally been seen to mean those presidents he admires, such as Abraham Lincoln, Franklin Roosevelt, John Kennedy, and Lyndon Johnson, who all inspired him in his political career. However, he is also standing on the shoulders of the many, many African Americans who were forced to labor for, were employed by, or in some other capacity directly involved with the White House in a wide array of roles, including as slaves, house servants, elected and appointed officials, Secret Service agents, advisers, reporters, lobbyists, artists, musicians, photographers, and family members, not to mention the activists who lobbied and pressured the White House in their struggle for racial and social justice. As the Obama family resides daily in the White House, the narratives of these individuals resonate throughout their home.

The black history of the White House is rich in heroic stories of men, women, and youth who have struggled to make the nation live up to the egalitarian and liberationist principles expressed in its founding documents, including the Declaration of Independence and the U.S. Constitution. For over 200 years African Americans and other people of color were legally disenfranchised and denied basic rights of citizenship, including the right to vote for the person who leads the country from the White House. But despite the oppressive state of racial apartheid that characterized the majority of U.S. history, in the main, as Langston Hughes reminds us, black Americans have always claimed that they too are American.

At the end of the nineteenth century, when Jim Crow segregation and “separate but equal” black codes were aggressively enforced throughout the South, few African Americans were permitted to even visit the White House. As Frances Benjamin Johnston\’s 1898 photo on the cover of this book indicates, however, black children were allowed to attend the White House\’s annual Easter egg–rolling ceremony. Permitting black children to integrate with white children on the White House premises one day a year was acceptable, even though such mingling was illegal in many public spaces throughout the South at the time, including libraries and schools.

African Americans and the Promise of the White HouseI, too, am America — Langston Hughes, from his poem “I, Too, Sing America”

1521 – Martin Luther confronted the emperor Charles V in the Diet of Worms and refused to retract his views that led to his excommunication.

1676 – Sudbury, Massachusetts, was attacked by Indians.

1775 – American revolutionaries Paul Revere, William Dawes and Samuel Prescott rode though the towns of Massachusetts giving the warning that the Regulars were coming out. Later, the phrase “the British are coming” was attributed to Revere even though it is unlikely he used that wording.

1818 – A regiment of Indians and blacks were defeated at the Battle of Suwann, in Florida, ending the first Seminole War.

1838 – The Wilkes’ expedition to the South Pole set sail.

1846 – The telegraph ticker was patented by R.E. House

1853 – The first train in Asia began running from Bombay to Tanna.

1861 – Colonel Robert E. Lee turned down an offer to command the Union armies during the U.S. Civil War.

1877 – Charles Cros wrote a paper that described the process of recording and reproducing sound. In France, Cros is regarded as the inventor of the phonograph. In the U.S., Thomas Edison gets the credit.

1906 – San Francisco, CA, was hit with an earthquake. The original death toll was cited at about 700. Later information indicated that the death toll may have been 3 to 4 times the original estimate.

1910 – Walter R. Brookins made the first airplane flight at night.

1938 – Superman made his debut when he appeared in the first issue of Action Comics. (Cover date June 1938)

1938 – U.S. President Franklin Roosevelt threw out the first ball preceding the season opener between the Washington Senators and the Philadelphia Athletics.

1942 – James H. Doolittle and his squadron, from the USS Hornet, raided Tokyo and other Japanese cities.

1942 – The Vichy government capitulated to Adolf Hitler and invited Pierre Laval to form a new government in France.

1943 – Traveling in a bomber, Japanese Admiral Isoroku Yamamoto, was shot down by American P-38 fighters.

1945 – American war correspondent Ernie Pyle was killed by Japanese gunfire on the Pacific island of Ie Shima, off Okinawa. He was 44 years old.

1949 – The Republic of Ireland was established.

1960 – The Mutual Broadcasting System was sold to the 3M Company of Minnesota for $1.25 million.

1983 – The U.S. Embassy in Beirut was blown up by a suicide car-bomber. 63 people were killed including 17 Americans.

1984 – Daredevils Mike MacCarthy and Amanda Tucker made a sky dive from the Eiffel Tower. The jump ended safely.

1985 – Ted Turner filed for a hostile takeover of CBS.

1985 – Tulane University abolished its 72-year-old basketball program. The reason was charges of fixed games, drug abuse, and payments to players.

1999 – Wayne Gretzky (New York Rangers) played his final game in the NHL. He retired as the NHL‘s all-time leading scorer and holder of 61 individual records.

2000 – The Nasdaq had the biggest one-day point gain in its history.

2002 – Actor Robert Blake and his bodyguard were arrested in connection with the shooting death of Blake’s wife about a year before.

2002 – The Amtrack Auto Train derailed in a remote area of north Florida. Four people were killed and 133 were injured.

2002 – The city legislature of Berlin decided to make Marlene Dietrich an honorary citizen. Dietrich had gone to the United States in 1930. She refused to return to Germany after Adolf Hitler came to power.

1812 – The term “gerrymandering” had its beginning when the governor of Massachusetts, Elbridge Gerry, signed a redistricting law that favored his party. 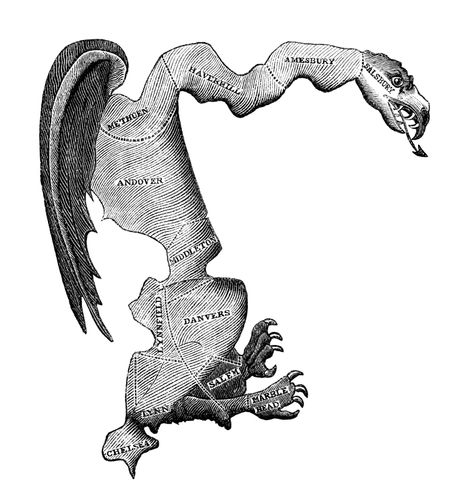