﻿Governor Paul LePage – More Than Ninety Five Percent Of Maine’s Debt Was Never Approved By Voters As Required By Maine’s Constitution, This is just one of many statement made by Governor LePage in his weekly address given to the Maine people on February 19, 2011

One American will die from cancer every minute this year.

“Millions of Americans are living with cancer, and millions more are affected by the devastating toll a cancer diagnosis takes on families, communities and workplaces. Please make it a top priority for your Administration to create a cancer prevention plan that stops the use of cancer-causing chemicals in products used in America every day.”

We all know someone impacted by cancer and despite the devastation it causes to our friends and families, it’s perfectly legal for companies to add known cancer-causing chemicals to products we use every day in our homes, schools and workplaces. That can change.

President Obama has the ability to reverse decades of failed policies and set the course for a national cancer prevention strategy that includes eliminating the use of cancer-causing chemicals in everyday products. But he’s not going to do it if people everywhere don’t speak out.

That’s why Greenpeace is joining up with around 200 coalition groups to deliver a petition to the President in early May on the one-year anniversary of the National Cancer Institute’s (NCI) President’s Cancer Panel report.

Sign our petition right now urging President Obama to make cancer prevention a priority by acting to protect us from cancer-causing chemicals and we’ll include your name in the delivery.

Last year, the NCI report urged the President “to remove the carcinogens and other toxins from our food, water, and air that needlessly increase health care costs, cripple our nation’s productivity, and devastate American lives.” Toxic chemicals are everywhere — in products like clothing, furniture, cleaning products, plastics, and shower curtains used by children, women, and men across the nation on a daily basis.

The NCI report’s final recommendation was for the President to “most strongly use the power” of his office to eliminate human exposure to cancer-causing chemical. We couldn’t agree more. Show him that you agree as well by signing the petition.

Cancer is a horrible disease but it can be prevented. It’s high time we made cancer prevention one of our highest national priorities.

For a safer and healthier future,

When the Washington state legislature introduced a bill that would expand domestic partnership benefits in 2009, you stood up and told your legislators to do the right thing. On Valentine’s Day, Senator Ed Murray and House Rep. Jim Moeller introduced legislation that would grant marriage equality to same-sex couples. We need your help again to make sure that your legislators know what matters most to you. http://www.hrcactioncenter.org/site/R?i=YuaE4dj8GIeGpByrH3OHpg..

Please join our friends at Equal Rights Washington at their annual Lobby Day in Olympia on March 22 to tell your legislators that equality for all communities, regardless of sexual orientation or gender identity is important to you. Equal Rights Washington will make sure that you have all of the tools and information needed to make your visit a success.  http://www.hrcactioncenter.org/site/R?i=G2sU6GoO-OwaOJCp_xWZOA..

In addition to priority bills that deal with safe schools and family recognition, this year’s Equality Day will include an increased emphasis on preserving funding for HIV services and prevention.

Help make Lobby Day a success. Every Wednesday is volunteer night at ERW’s headquarters in Seattle where volunteers can help prepare and plan for Lobby Day. For more information, please click here.

P.S. Be sure to tell your friends and family to get involved, as well. Just click here and make sure your community is standing with you. 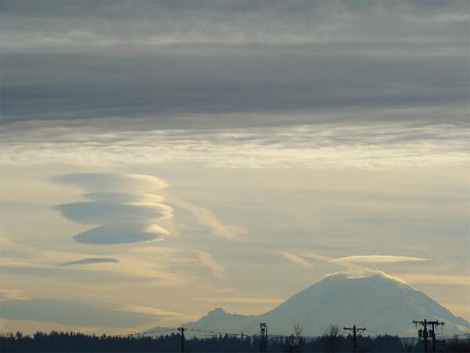 The World is watching …

While the fight for Democracy breaks out all over the World, we see the marches the violence against protesters who have finally had enough. We see what most are calling the Arab World in possible transition. A movement against dictators and clerics who have ruled with iron fists and have engaged in outdated ancient practices.

Remember … there is always strength in numbers

It is so hard to understand, believe, accept, or fathom that we are in the 21st Century yet there are people on the Continent of Africa dying at the hands of their own in the Arab World for wanting to be heard, for wanting to be participants in their own futures and this is not new. There are mothers with children, older men and women and students are coming out in droves protesting to let tell these dictators it is time for a change. In a desperate move to control the truth of what they are doing to their own people, dictators have tried to cut off all connections to the outside world. They insist and expect the world to believe that the U.S. is at fault, meddling in the process of change, which should happen slowly. When the protesters did not leave, most if not all these tyrants offered up some concessions to the people like crumbs while trying to divert responsibility until their patience ran out with tantrums and threats, crackdown, use extreme force, and death to those who refuse to obey. Tyrants obviously, act without remorse because the people no longer choose to be their little children, slaves and or pawns in the effort stay in power. It is my hope that the Militia or Mercenaries rise up against these despots. As I watched in horror, I ask myself if these people have even allowed themselves a chance to stop and consider what personal, freedom would mean for them and their families. I also wonder if they feel they deserve to be happy let alone want an opportunity a change from the old ancient ways to a life with the freedom to speak, better wages, human rights, actually be a participant in the process of life. Then, like so many others have compared the uprisings in the U.S. over bargaining rights that have been a part of the Middle Class for over forty years and the forty-one year revolution for freedom in Libya.

We all know that the demand to be heard these days is great and how amazing it is to see people on two different continents with similar reactions by those who control, who truly are working for an agenda that is one of great self-interest. This seemingly symbiotic thing going on, though we are worlds apart the Arabs must fear not evil to get the change they need and want … it means that any fear of authority is not an option… and the possibility of death.

The journey toward freedom is sometimes paved with danger

**President Obama says there is room for state flexibility in HCR

**Study says half the men may have HPV

U.S.’s Next Steps for Libya

The National Governors Association concluded its 3-day winter meeting today with an address by Microsoft Chairman Bill Gates. Governors from across the country gathered to discuss issues facing states, including job creation and providing education that prepares workers to compete in a global market. http://c-span.com/Events/Bill-Gates-Addresses-Governors-on-Improving-Education/10737419825/

Secretary of State Hillary Clinton told the U.N. Human Rights Council in Geneva that Libyan leader Muammar Gaddafi must step down and be held accountable for violence against the Libyan people. Recently, The U.N. Security Council voted for an arms embargo and other sanctions targeting the Libyan leader and his regime. Several countries, including the United States, have agreed to freeze the assets of the Libyan leader and his family. http://c-span.com/Events/Secretary-of-State-Clinton-Remarks-at-UN-Human-Rights-Council/10737419885/

Prime Minister David Cameron updated Members of Parliament on his recent trip to the Middle East and on the political situation in Libya with remarks from the British House of Commons in London. The British government has agreed to freeze the assets of Libyan leader Muammar Gaddafi and his family. http://c-span.com/Events/British-Prime-Minister-David-Cameron-Remarks-on-Libya/10737419889/

State Department spokesman P.J. Crowley conducted a daily briefing and said a no fly zone around Egypt is just one of many options being considered by the U.S. and others. Mr. Crowley also said the U.S. Ambassador to Libya is in direct contact with opposition groups there. http://c-span.com/Events/State-Department-Press-Briefing/10737419888 /

U.N. ambassador Susan Rice fielded questions from reporters on the situation in Libya at this White House Briefing. She called Libyan leader Gaddafi’s denials of violence in the region, “delusional” and that now is time for him to step down. http://c-span.com/Events/White-House-Briefing-with-Press-Secretary-Jay-Carney/10737419887/