“This is the most lovely news I’ve got in the last two months, but  justice will only be done when all the absurd charges are dropped. A  person who only does good for the planet, like my daughter, must be  recognized by their actions, not unjustly accused. This is the only way  we can keep the faith in the future.”
Yesterday, the mother of Brazilian activist Ana Paula heard that her  daughter will be released on bail. It’s amazing news, but Ana Paula and her fellow peaceful activists  could still spend years behind bars if convicted for a crime they didn’t  commit.
Below is a picture of Miguel Hernan hearing that he also has been granted bail. We need for him and the rest of the Arctic 30 to know that the we are not giving up.

This isn’t over. Send a message now to demand freedom and justice for all the Arctic 30.

After two months of unjust imprisonment, it seems the Russian courts are finally heeding the call of millions of voices around the world. So far, 17 of the Arctic 30 have been granted bail, including Peter Wilcox, the Captain of the Arctic Sunrise. But the 28 Greenpeace International activists, a photographer and a videographer remain accused of piracy and hooliganism after a peaceful protest against Arctic oil drilling.
While the bail is great news, we can’t celebrate yet. Unlike the others, Colin, an activist from Australia, was denied bail and had his detention extended for three more months. And all of the Arctic 30 still face extremely serious accusations. They could have a long wait for a trial, and face years in prison if convicted on these absurd charges.
We need your help to let the world know this isn’t over yet. We must keep fighting to free our friends and bring them home to their families. We need more than bail, we need these ridiculous charges against peaceful activists dropped for good, putting an end to this madness.
Send a message to the Russian embassy: this isn’t over until charges are dropped. Click here.
Since the ship and entire crew of the Arctic Sunrise were detained exactly two months ago, a huge movement has grown to support their freedom. Thousands of people have protested in hundreds of cities worldwide with marches, vigils, demonstrations, and festivals. Activists took to the Eiffel Tower, the Sagrada Familia, and the corporate offices of oil giant Gazprom and its partner Shell to protest this injustice.
Meanwhile over 2 million messages have been sent to Russian embassies. Support has flowed in from 13 Nobel laureates, including Archbishop Desmond Tutu and Aung San Suu Kyi. Global leaders like Angela Merkel, Dilma Rousseff, and David Cameron have asked for diplomatic solutions, while celebrities like Paul McCartney, Madonna, and Jude Law added their support.
The Arctic 30 went to the Arctic to bear witness to the threat caused by oil companies in this fragile environment, and peacefully protest to protect the home of the polar bears. If you believe, like I do, that these people are heroes, and not criminals, then help bring them home. Click here.
Thank you for everything,

76% of SNAP recipient households include a child, elderly person, or disabled person.

On
November 1, 2013, all SNAP (Supplemental Nutrition Assistance Program,
formerly know as food stamps) recipients will see a reduction in their
benefit levels because of legislation passed by the United States
Congress in 2010.

Cuts that will equal 1.9 billion meals no longer available to the
children, seniors, and disabled that rely on their SNAP benefits to help
put food on the table. That is more than half of what the entire
Feeding America network will distribute in the entire year!

You should also know that Congress is considering adding even larger
cuts to SNAP benefit levels and eligibility. Decisions that impact
Americans struggling with hunger in your community and across the
country are being made right now. Use your voice to help prevent these
cuts by telling your members of Congress to protect anti-hunger
programs.

For more than 40 years, Jim worked as a mechanic. When the economy crashed, business stopped. For rural clients like Jim the challenges of lower levels of education and concentration of low-wage industries can be hard to overcome. Jim knew he needed to apply for SNAP benefits (formerly known as food stamps) when after waiting for a customer payment all day – it simply never arrived. Without a cracker in the house he applied for food assistance and is glad he did. He would have had no other way to eat.

The Farm Bill, which is reauthorized every five years, is the single largest source of federal funding for federal hunger-relief programs. In addition to setting policy for programs like the Supplemental Nutrition Assistance Program (SNAP), the Emergency Food Assistance Program (TEFAP), and the Commodity Supplemental Food Program (CSFP) that put food on the table for Americans struggling with hunger, it covers a range of agriculture-related areas such as commodities, conservation, rural development, livestock, and energy.

In 2012, Congress was unable to pass a Farm Bill.  Help us urge Congress to pass a strong Farm Bill that protects and strengthens programs that help Americans struggling with hunger put food on the table. Take Action Today!

Feeding America is actively engaged in protecting federal anti-hunger programs as Congress addresses how to reduce the deficit and balance our nation’s budget, as well as advocating for federal tax provisions that protect food and fund donations to the Feeding America food bank network.

Feeding America is engaged in advocating for a strong federal anti-hunger safety net through the Appropriations process and ensuring programs like TEFAP, CSFP, and WIC have adequate funding to meet the need.

Once Appropriations season heats up, we may need your help to ensure these programs are adequately funded, so stay tuned! 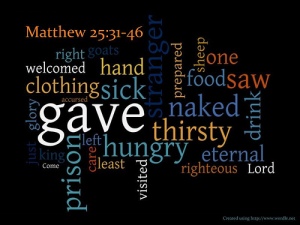 The Senate stands adjourned until 9:30am on Wednesday, November 20, 2013. Following any Leader remarks, the Senate will be in a period of morning business for one hour for debate only with the Majority controlling the first half and the Republicans controlling the second half.

Following morning business, the Senate will resume consideration of S.1197, the National Defense Authorization Act. There will be up to 6 hours for debate only on the issue of sexual assault with the time divided as follows:

We hope to reach an agreement to vote on the sexual assault-related amendments during Wednesday’s session.

Senator Inhofe asked to modify the request that following disposition of the McCaskill/Ayotte amendment #2170, all pending amendments be withdrawn and the Republican manager or his designee be recognized to offer the next amendment in order to be followed by an amendment offered by the Majority side and the two sides continue to offer amendments in alternating fashion until all amendments are disposed of.

Senator Reid did not agree to the modification.

Senator Coburn then objected to the original Reid request.

The Senate is in a period of morning business for debate only until 7:30pm, with senators permitted to speak therein for up to 10 minutes each. Roll call votes are unlikely tonight. Senator Reid will be recognized at 7:30pm.

Adopted S.Res.304, Recognizing the 30th Anniversary of the date of the restoration by the Federal Government of Federal recognition to the Confederated Tribes of the Grand Ronde Community of Oregon, November 22, 1983.

Adopted S.Res.307, a resolution permitting the collection of clothing, toys, food, and housewares during the holiday season for charitable purposes in Senate buildings.