April 17, 1961 – A U.S.-backed attempt to overthrow Premier Fidel Castro of Cuba failed disastrously in what became known as the Bay of Pigs fiasco. About 1,400 anti-Castro exiles invaded the island’s southern coast along the Bay of Pigs but were overrun by 20,000 Cuban soldiers and jailed. Trained and guided by the U.S., the exiles had expected support from U.S. military aircraft and help from anti-Castro insurgents on the island. Instead, due to a series of mishaps, they had fended for themselves with no support. The failed invasion heightened Cold War tensions between Cuba’s political ally, Soviet Russia, and the fledgling administration of President John F. Kennedy. 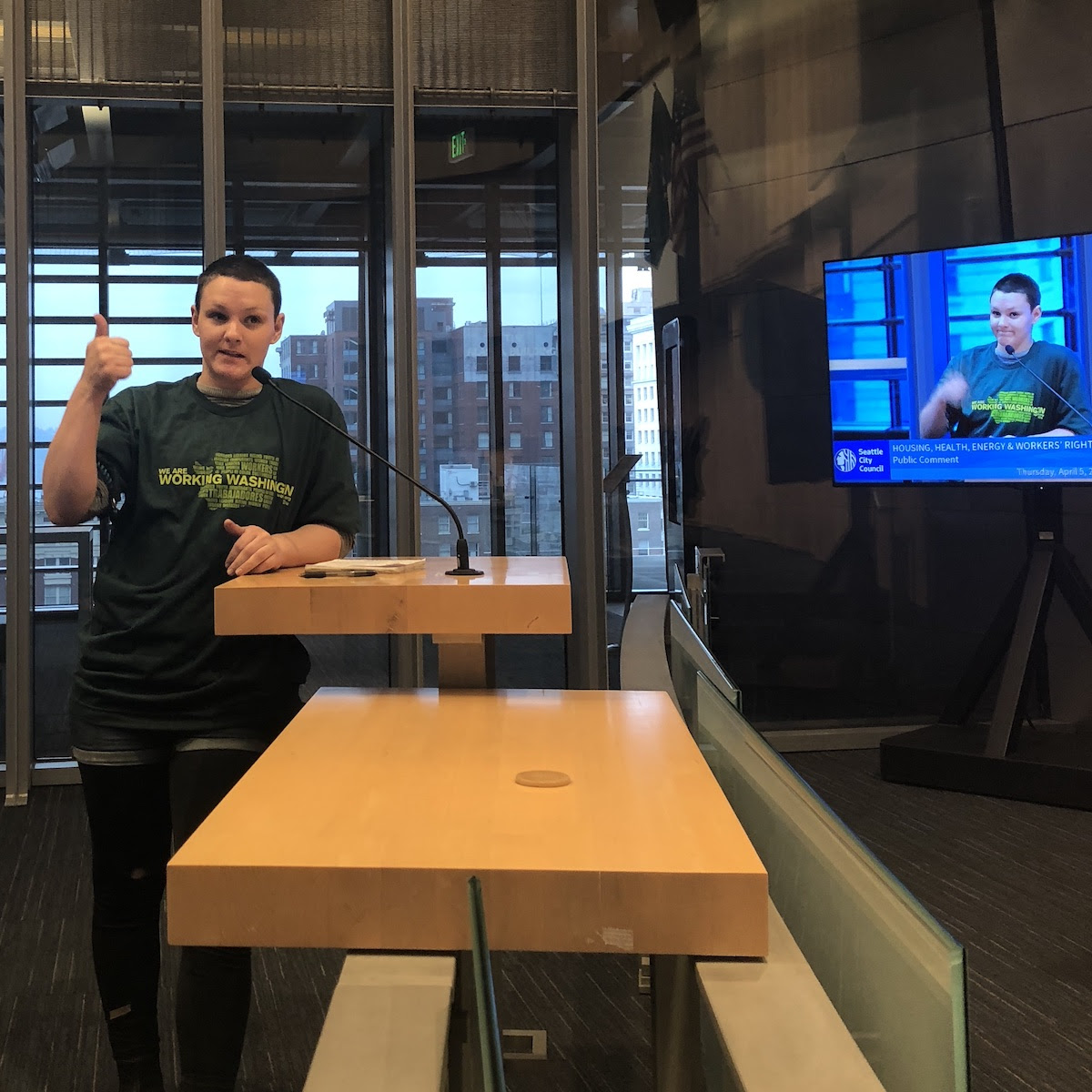 Merlee, a parent and Jimmy John’s deliveryperson working in downtown Seattle, spoke before a City Council committee about how secure scheduling has let her make time for her family when she needs to, instead of leaving that entirely up to her employer. Councilmembers also reviewed a research report that showed the extent of scheduling issues before the law took effect in July of last year.

Three years after McDonald’s promised via press release that they’d start paying workers $1 above the local minimum wage…they’ve apparently abandoned the practice. The reversal underscores why we need laws to raise standards, not just promises from corporate PR departments.

A new national poll finds 1 in 5 Americans say they’ve attended a protest in the past two years. More than 40% of those protestors are 50 or older.

Can you hear the tiny violin? Anti-worker right wing extremists are apparently upset about Trump Administration appointments to the National Labor Relations Board. The issue is that Trump has appointed people with so many ethical conflicts due to years of private lawyering for big businesses that they will have to recuse themselves from many key cases, slowing down their ability to roll back workers’ rights.

How does that measure up? Dollar Tree has been fined more than $300,000 by L&I for multiple “willful” safety violations at stores in Bonney Lake and Kelso, after being fined for the same types of violations in 2016 at stores in Aberdeen and Chehalis. While the maximum penalty allowed by law for each individual violation is $70,000, the chain had revenues of more than $20 billion in 2017.

The poverty-wage economy has become so naturalized that stuff like this can be hard to believe, but it used to be that most people got time-and-a-half for overtime — including many salaried workers. As Seattle kajillionaire, $15 fan, and Civic Ventures founder Nick Hanauer explains in Crooked.com, a couple decades ago you had to get a pretty high paycheck — the equivalent of about $70,000/year today — in order for your employer to be exempt from haivng to pay you overtime if you worked more than 40 hours a week. But the standard eroded over time, an Obama rule that would have expanded overtime protections was rolled back in the early days of the Trump Administration, and the result is that about $1.2 billion will be taken this year from the paychecks of millions of low-paid front-line managers at fast food chains, retail shops, and elsewhere — as well as tens of millions of hours of time. The good news is that states (including Washington) have the power to address this issue for workers within our borders — we just need to make it happen.