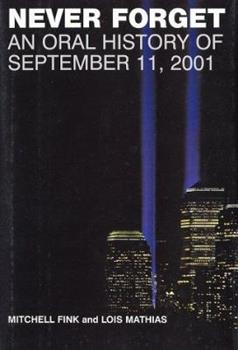 The idea for the first Food Stamp Program (FSP) is credited to various people, most notably Secretary of Agriculture Henry Wallace and the program’s first Administrator Milo Perkins. The program operated by permitting people on relief to buy orange stamps equal to their normal food expenditures. For every $1 worth of orange stamps purchased, 50 cents worth of blue stamps were received. Orange stamps could be used to buy any food.  Blue stamps could only be used to buy food determined by the Department to be surplus.

The first recipient was Mabel McFiggin of Rochester, New York on May 16, 1939.  The first retailer to redeem the stamps was Joseph Mutolo, and the first retailer caught violating the program was Nick Salzano in October 1939. Over the course of nearly 4 years, the first FSP reached approximately 20 million people at one time or another in nearly half of the counties in the United States, peak participation was 4 million, at a total cost of $262 million. The program ended in the spring of 1943 “since the conditions that brought the program into being–unmarketable food surpluses and widespread unemployment–no longer existed.”

“We got a picture of a gorge, with farm surpluses on one cliff and under-nourished city folks with outstretched hands on the other. We set out to find a practical way to build a bridge across that chasm.”

The 18 years between the end of the first FSP and the inception of the next were filled with studies, reports, and legislative proposals.

Prominent Senators actively associated with attempts to enact an FSP during this period were: Aiken, La Follette, Humphrey, Kefauver, and Symington. From 1954 on, Congresswoman Leonor K. Sullivan strove unceasingly to pass food stamp program legislation. On September 21, 1959, P.L. 86-341 authorized the Secretary of Agriculture to operate a food stamp system through January 31, 1962.

The Eisenhower Administration never used the authority. However, in fulfillment of a campaign promise made in West Virginia, President Kennedy’s first Executive Order called for expanded food distribution and, on February 2, 1961, he announced the initiation of Food Stamp pilot programs. The pilot programs would retain the requirement that the food stamps be purchased, but eliminated the concept of special stamps for surplus foods. A Department spokesman indicated the emphasis would be on increasing the consumption of perishables. Isabelle Kelley, who was part of the four-person team that designed the new program, became its first director and the first woman in the U.S. Department of Agriculture (USDA) to head an action program.

Mr. and Mrs. Alderson Muncy of Paynesville, West Virginia, were the first food stamp recipients on May 29, 1961. They purchased $95 in food stamps for their 15-person household. In the first food stamp transaction, they bought a can of pork and beans at Henderson’s Supermarket. By January 1964, the pilot programs had expanded from eight areas to 43 (40 counties, Detroit, St. Louis, and Pittsburgh) in 22 states with 380,000 participants.

2004 – The September 11 commission’s final report was released. The 575-page report concluded that hijackers exploited “deep institutional failings within our government.” The report was released to White House officials the day before.

7/22 event that had major impacts

then in 2012 – Terrorists attacked the U.S. consulate in Benghazi, Libya. Four Americans were brutally murdered and ten others were injured.