About the Peace Corps: The Peace Corps sends Americans with a passion for service abroad on behalf of the United States to work with communities and create lasting change. Volunteers develop sustainable solutions to address challenges in education, health, economic development, agriculture, environment and youth development. Through their Peace Corps experience, Volunteers gain a unique cultural understanding and a life-long commitment to service that positions them to succeed in today’s global economy. Since President John F. Kennedy established the Peace Corps in 1961, more than 225,000 Americans of all ages have served in 141 countries worldwide. For more information, visit peacecorps.gov and follow us on Facebook and Twitter. 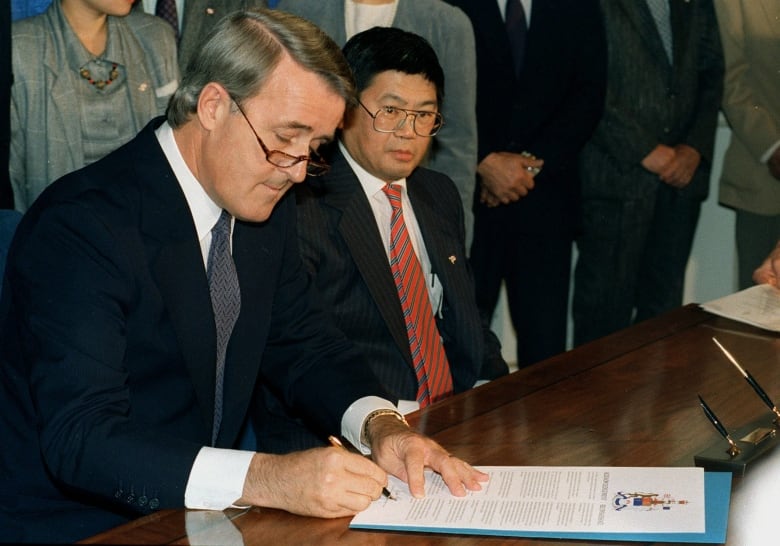 Prime Minister Brian Mulroney and Art Miki, the president of the Japanese-Canadian Association conclude the signing of an agreement to redress the wrong done to 22,000 Japanese-Canadians who were interned during World War II. (Ron Poling/Canadian Press) 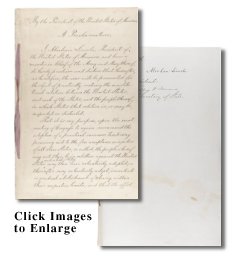 “. . . on the first day of January . . . all persons held as slaves within any State, or designated part of a State, the people whereof shall then be in rebellion against the United States shall be then, thenceforward, and forever free.” President Abraham Lincoln, preliminary Emancipation Proclamation, September 22, 1862

President Lincoln issued the preliminary Emancipation Proclamation in the midst of the Civil War, announcing on September 22, 1862, that if the rebels did not end the fighting and rejoin the Union by January 1, 1863, all slaves in the rebellious states would be free.

Fifty volumes of copies of Letters Sent by the Postmaster General between October 3, 1789, and December 31, 1836, are here reproduced. Each volume is assigned an alphabetical designation and contains an index of names of correspondents. The letters are arranged chronologically. The volumes reproduced on rolls 28, 38, and 46 are letters to members of Congress.

An act of September 22, 1789 (1 Stat. 70), under the Federal Government provided for the temporary establishment of a general post office and authorized the appointment of a Postmaster General who was subject to the direction of the President. It also provided that the duties, salaries, and regulations of the Department should be the same as those under the Congress of the Confederation. An act of February 20, 1792 (1 Stat. 232), later provided in detail for the Post Office Department and the postal service generally. Subsequent acts made the Post Office a permanent agency and enlarged its duties.