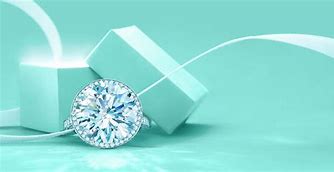 Harriet Maxwell was born in 1836 in Elmira, New York, and raised within a family that was fascinated by Native cultures. Both her grandfather and her father were Indian traders who had been adopted by the Seneca Nation; her grandfather, Guy Maxwell, even earned the respected name “Ta-se-wa-ya-ee” (translated as “Honest Trader”).

Not much is known about Harriet’s early years; only that after her mother died, she was sent to live with an aunt in Milan, Ohio, and for a time attended school with Thomas Edison. At the age of 25 Harriet married Frank Converse, a musician best known as “The Father of the Banjo.” His wealth, combined with a fortune Harriet inherited from her father, enabled the couple to spend many years travelling throughout the U.S and Europe. Harriet would devote time not spent on the road to her writing talents, and she became a published poet and regular contributor to national magazines.

By 1881, Harriet and Frank Converse were living on West 46th Street in New York City — not far from the apartment house of Ely and Minnie Parker. A chance social encounter led to a long friendship between the two couples, the deepest bond forming between Ely and Harriet. Parker’s knowledge of the Haudenosaunee rekindled her interest in Native cultures, and with the Sachem’s guidance Harriet began to research and write about the Six Nations. She traveled to reservations in western New York as well as Canada, collecting wampum belts and other cultural artifacts, most of which are held today in the collections of the State Museum at Albany. She also became a political advocate for the Six Nations, writing on their behalf against legislation for citizenship and new financial claims from the Ogden Land Company. In 1884, Harriet teamed with Ely Parker to fundraise the Buffalo Historical Society’s efforts to erect a monument to the Seneca orator Red Jacket. However, their hoped-for design of a barren, knobbed tree was rejected as “horrid,” and another larger-than-life heroic sculpture of Red Jacket now stands in Forest Lawn Cemetery.

The Seneca Nation recognized Harriet’s untiring efforts by adopting her into the Snipe Clan, and giving her the name “Gayaneshaoh.” In September of 1891, Converse became the first white woman ever condoled as a Six Nations Chief. She was invested with the responsibility of the welfare of her adopted people, and given a new name, “Gaiiwanoh,” translated as “The Watcher.”

Harriet Maxwell Converse died in November of 1903, just a few weeks after her husband passed away. Her collection of essays entitled Myths and Legends of the New York State Iroquois was published 5 years later, edited by Ely Parker’s grand-nephew, Arthur C. Parker.